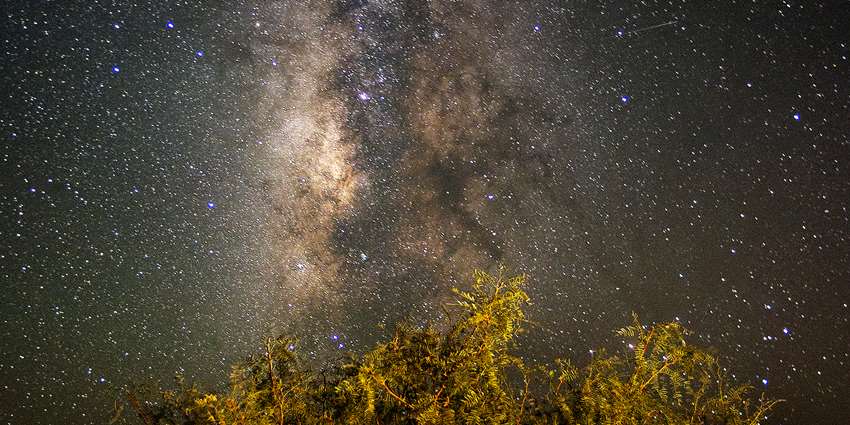 Texas state parks remain among the few public places in one of the nation’s most populous and increasingly urbanized states where the starry heavens can be viewed in all their celestial glory with the minimal intrusion of artificial light. Copper Breaks State Park in the Panhandle Plains and Enchanted Rock State Natural Area in the Hill Country are the first Texas state parks to be designated International Dark Sky Parks by the International Dark-Sky Association (IDA).

Copper Breaks and Enchanted Rock, which were awarded the highest “Gold-tier” night skies status by IDA, join Big Bend National Park and the city of Dripping Springs as the only locations in Texas to have earned the coveted Dark Sky Places recognition. Since 1988, the nonprofit, Tucson-based organization has been promoting night sky conservation and environmentally responsible outdoor lighting throughout the world.

“Texas is rapidly becoming a national leader in the dark sky movement,” said John Barentine, manager of IDA’s Dark Sky Places Program. “There are some really dedicated folks in Texas’ parks and communities taking significant steps to protect the night skies and educate policymakers and the public about the importance of preserving one of the state’s most precious natural resources.”

For many years, Texas state parks in rural areas, such as Copper Breaks and Enchanted Rock, have conducted regular star-gazing programs and events to engage and educate the public about the importance of preserving pristine night skies that make the viewing of constellations, planets, stars, satellites and other objects possible. In recent years, the Texas Parks and Wildlife Department started recognizing the impact of urban sprawl and resulting light pollution on many of its 95 state parks and is developing policies and lighting management plans to address the issue. Texas State Parks leadership is partnering with the McDonald Observatory and the Texas chapter of the IDA to audit the night skies above the parks and implement their recommendations.

“One of our most valued attributes in Texas is its natural beauty,” said Texas State Parks Director Brent Leisure. “This beauty is not limited to the light of day, but extends into the night sky where Texans can enjoy a front-row seat to the splendor of the universe. State parks and natural areas offer some of our very best public venues to experience this heavenly show.”