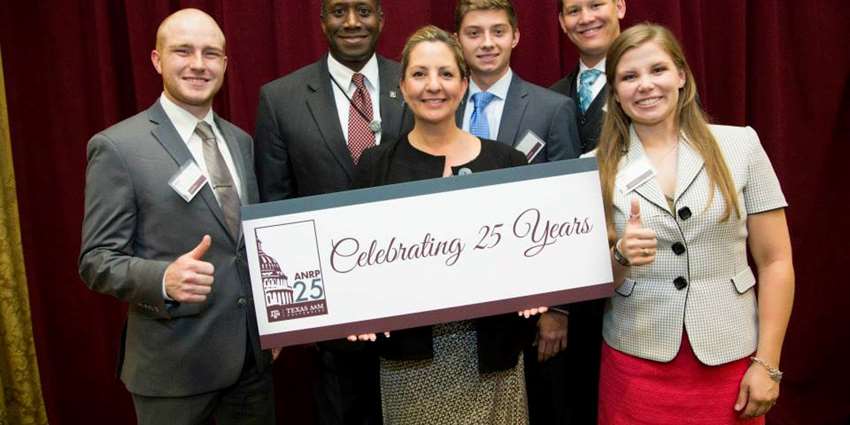 Since 1990, top students from the College of Agriculture and Life Sciences at Texas A&M University have launched their careers with internships that allow them to directly interact with policymaking at the state, national or international level.

The program was established in 1990 by Texas A&M professor Dr. Ron Knutson in response to a request by Laughlin for advice regarding agricultural policies at the Texas Capitol. Since the success of its first intern, the program has expanded to boast more than 900 alumni in nearly 50 hosting offices and has reached an international level through its partnership with the Food and Agriculture Organization of the United Nations.

Part of the continued success of the program can be attributed to the many benefits interns can expect upon completing it.

The internship is very progressive and developmental, beginning with the application process, said Stephanie McMillen, director for policy internship programs in the College of Agriculture and Life Sciences. The entire process is focused on continuously challenging the student, she said.

Working alongside policymakers and other government officials also allows students to develop their networking skills, she said, and helps launch their professional careers.

“The single greatest experience was getting to work with someone who became a mentor,” said Allison Smith, former Texas Capitol staffer and intern for Rep. David Swinford in 2003. “It gave me a career at the state capitol for over 12 years.”

Through a rigorous selection process, roughly 45 students a year are chosen for the D.C. program, 10-15 for Austin, when the Texas Legislature is in session, and one each semester for Rome. Applicants must undergo a series of interviews and essays before a final decision is reached, McMillen said.

Students are not necessarily expected to have a 4.0 GPA and many extracurricular activities to be considered, she said. Ideal candidates display a willingness to learn from the experience and challenge themselves in new environments.

The program is expected to continue to expand in the future, McMillen said. One goal is to increase the number of interns in Austin and Rome, while still ensuring interns receive quality attention. She said the program is also considering pursuing additional scholarships for students.

More information regarding ANRP and its 25th anniversary events is at anrp.tamu.edu, and photos from the Washington, D.C. event are on Facebook.