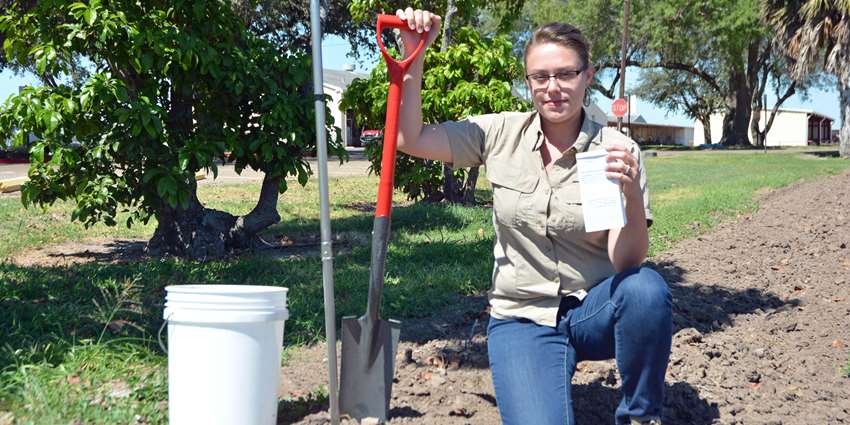 “We’re encouraging all commercial agricultural producers in Hidalgo, Cameron and Willacy counties to take part in this free soil testing campaign to help their bottom lines while also improving water quality,” said Victor Gutierrez, AgriLife Extension assistant in Weslaco. “This will be the 16th year in a row we’re offering this service, and it’s been very successful.”

“The annual soil testing campaign has been instrumental in reducing nutrient runoff from entering the Arroyo Colorado,” he said.

“The samples can then be dropped off at the Willacy, Cameron and Hidalgo AgriLife Extension offices for shipping to the laboratory at Texas A&M University in College Station, all at no cost to producers,” he said. “Results will be mailed directly to producers.”

“The soil testing campaign first began in the Valley in 2001 and has been funded by various sources,” Gutierrez said. “Since 2008 the campaign has been funded with a Clean Water Act nonpoint source grant provided by the Texas State Soil and Water Conservation Board and the U.S. Environmental Protection Agency and administered through the Texas Water Resource Institute.”