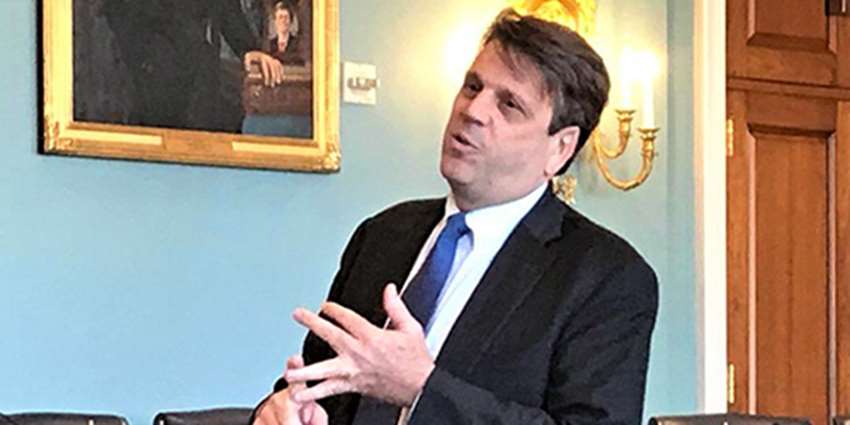 A new Council of Agricultural Science and Technology (CAST) paper, authored by a task force of university and government researchers, explores the long-term impact of aquifer depletion on U.S. agriculture, suggesting that increased competition for the use of water from aquifers may negatively affect future agricultural practices in drier regions of the United States.

Agriculture’s large-scale depletion of groundwater began in the 1950s and tripled by the 1990s with approximately 71 percent directed toward irrigating crops. As the U.S. population increases, demands for more food production and water supplies will stress valuable water resources, especially in locations sensitive to droughts.

The U.S. aquifer system with the greatest long-term groundwater storage depletion is the Ogallala Aquifer in the Great Plains region of the United States where groundwater levels have declined by more than 50 meters (150 feet) in some areas, according to the paper.

The most obvious consequences of depleting groundwater resources, according to the paper, are the loss of a long-term water supply and the increased costs of pumping groundwater as the water table declines further below the ground surface. Other consequences include reduced flow to surface water systems and ecosystems; loss of productivity of groundwater wells; subsidence of land and ground failures; and degradation of groundwater quality.

Tracy stressed the long-term consequences are apparent and must be addressed carefully to avoid abusing this water resource.

“There is no silver bullet to address groundwater depletion and its consequences,” Tracy said. “It requires a unique approach to be developed for each situation. We must be prepared to address this problem over the long haul and avoid promoting policies that focus on quick fixes that will ultimately fail.”

Paper highlights include the following:

Download the Ag quickCAST summary and the full issue paper.