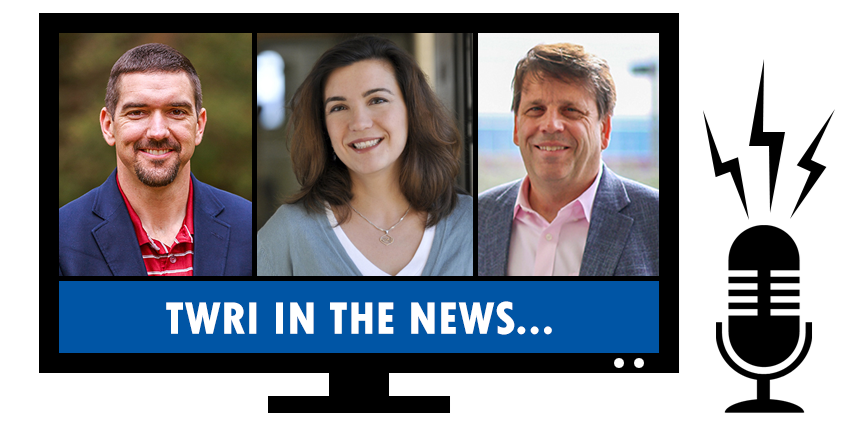 The devastation of Winter Storm Uri, which froze the state in February, left a lot of Texans in the dark. But the breakdown of the energy system also impacted the state’s water system, leaving millions with boil water notices and some without water at all.

Texas news media reached out to experts at the Texas Water Resources Institute (TWRI) in the aftermath of the freeze to find out what happened and what Texans can do to stay safe. You can find the following media appearances and more in the new “Our Team in the Media” section on the TWRI homepage.

Lucas Gregory, Ph.D., assistant director of TWRI, spoke to Bryan-College Station, TX-local news station KBTX-TV3’s Donnie Tuggle on February 18. Gregory talked about the brown and discolored water coming out of pipes as things started to thaw, saying it was not something to be worried about.

“Discolored water is not terribly uncommon,” he said, explaining that numerous situations can cause discolored water. Especially after the low water pressure events like those caused by the freeze, sediment in the pipes can be stirred up and result in discolored water.

Watch the KBTX-TV segment or read the article online here.

The hour-long program examined “what went wrong in Texas” with energy and water during the freeze. Jepson explained how the state’s energy and water systems are interconnected, how the failure of one led to devastating impacts on the other and how that nexus impacts Texans.

“There are several ways in which this polar vortex impacted the water supply,” she said, but pointed out that even before the storm, water insecurity was not the same across the state.

“We already had cases of households that were struggling with water insecurity, particularly in communities of color, neighborhoods with older homes and more vulnerable pipes. They were already at the precipice of insecurity.”

Listen to the full interview online here. Jepson’s portion of the interview begins at timestamp 31:55.

“If you’re saying hospitals are critical, you have to have water there because you cannot run a hospital without a water supply,” Tracy said.

Listen to the full interview and accompanying article online here. Tracy’s portion of the interview begins at timestamp 3:30.