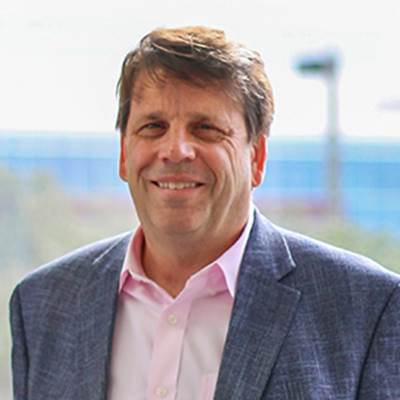 As director of the Texas Water Resources Institute, Dr. John Tracy works to connect Texas A&M University faculty and staff with a wide range of local, state, federal and private entities, to develop and move forward initiatives that address pressing water resources issues facing Texas, the region and the nation.

Dr. Tracy is also  a professor of water resources in the Zachry Department of Civil Engineering in the Dwight Look College of Engineering at Texas A&M University. He joined Texas A&M in the fall of 2015 and has been involved in a wide range of research initiatives focused on understanding and developing sustainable water resource management practices across the western United States, including the western High Plains, Northern Plains, Great Basin and Pacific Northwest hydro-climatological regions.

His recent work focuses on developing an integrated understanding of the behavior of water resource systems under the influence of changing hydrologic, economic, and social conditions, as well as improving methods of engaging water managers and users in advancing their understand of water resource systems. During his career, Dr. Tracy has been engaged in a diverse range of research topics that has resulted in publications in civil, mechanical, agricultural, electrical and chemical engineering professional journals, in addition to being published in environmental, biological, ecological, textile, chemistry and interdisciplinary water resource professional journals.

Before becoming a part of TWRI, Dr. Tracy received his Bachelor of Science degree in civil engineering at Colorado State University in 1980, and his M.S. and Ph.D. degrees in engineering at the University of California at Davis in 1986 and 1989, respectively. He started his academic career at Kansas State University in the Department of Civil Engineering in 1989, where his research focused on modeling phytoremediation processes, and developing models to aid in the conjunctive administration of surface and groundwater rights.

In 1992 Dr. Tracy took a position as an assistant professor with the Northern Great Plains Water Resources Research Center and the Department of Civil Engineering at South Dakota State University, where his research interests expanded to include the development of models to predict the hydrologic behavior of Prairie Pothole wetlands and ecosystems. Dr. Tracy then moved to Reno, Nevada and took a position with the Desert Research Institute as an associate research professor of Water Resources in 1997, and also served as an adjunct professor with the Interdisciplinary Hydrologic Sciences Program at the University of Nevada at Reno. While at DRI, his research interests included the development of system dynamic modeling tools to understand the physical-social-economic behavior of water resource systems in endorheic basins, and aiding the evolution of integrated environmental management systems at the watershed scale.

In 2000 Dr. Tracy was selected as the inaugural director of the Center for Watersheds and Environmental Sustainability at DRI, whose mission was to stimulate interdisciplinary research within the Institute that focused on an applied research mission of understanding the integrated behavior of watershed systems, and using this understanding to better aid in watershed planning and managing activities. During this time Dr. Tracy also served as the chair of the Lake Tahoe Science Advisory Group, and was the initial science and research representative on the Lake Tahoe Federal Advisory Committee (LTFAC) from 2004 to 2006. The LTFAC was comprised of 15 entities that included representatives from Federal and State Agencies, Not for Profit corporations and Academic Institutions, with its being to advise the US Bureau of Land Management on annual expenditures of $37.5 million to aid in restoring Lake Tahoe’s watershed.

In 2004 Dr. Tracy became the director of the Idaho Water Resources Research Institute, and a professor of civil engineering, with the University of Idaho. In this new position he worked with a number of faculty in developing research programs focused on water resource issues of importance to Idaho and the Pacific Northwest region. This included research and engagement programs to support: the East Snake Plain water rights adjudication program led by the Idaho Department of Water Resources; the Columbia River Treaty discussions being led by the US Army Corps of Engineers and the Bonneville Power Administration; the development of integrated hydrologic and economic analysis tools to support the mission of the Bureau of Reclamation mission; and the Idaho State NSF-EPSCoR program.