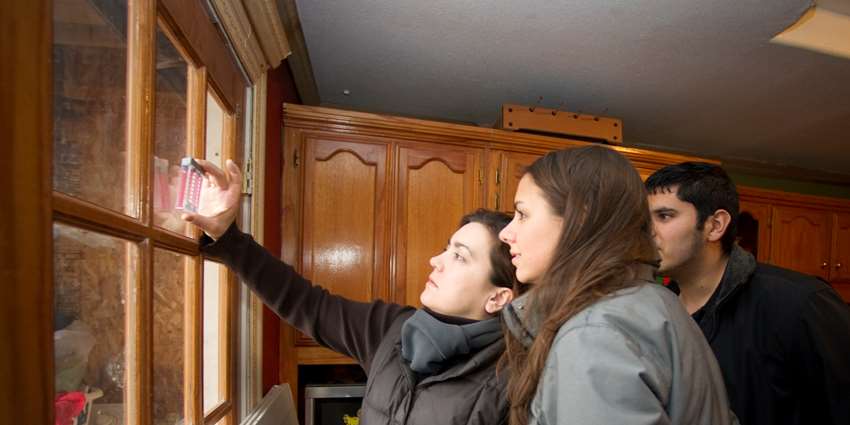 A Texas A&M researcher has found that segments of the population, especially along the Texas-Mexico border, exist in a “no-win waterscape,” with no easy access to clean water, no ability to pay for it and no immediate solution.

Dr. Wendy Jepson, an associate professor in the College of Geosciences, said the issue is a matter of water security, defined as the ability for individuals to access acceptable, affordable and adequate drinking water for a healthy life.

More than 400,000 people live in 2,300 colonias along the border in a region that is one of poorest in the United States, with more than a third of the families living below the U.S. federal poverty level.

With funding from the National Science Foundation and help of staff from the Colonias Program in Texas A&M’s College of Architecture, Jepson systematically interviewed and surveyed the people who actually spend a large part of their incomes trying to obtain clean water for their families.

Out of the households interviewed, Jepson and her team determined that fewer than half, 45 percent, were water secure or marginally water secure. Fifty-percent were identified as marginally insecure or insecure.

Jepson said a combination of factors affect household water insecurity. In some cases it is a matter of impure water — it smells or is dirty, off-color or tastes bad. In other households, it can be a matter of infrastructure, such as no hook-up or a broken one. Economically it can simply be the inability to pay the bill.

The recommended percentage for water bills in the United States is no more than 2 percent of monthly income, but in some cases families are paying 8 percent or more.

“When your household income is less than $1,000 a month, paying the water bill can take a big bite out of your paycheck,” she said.

Jepson said many households have turned to water vendors, which may not provide water of higher quality. Furthermore, access to these vendors costs, too, in terms of gas or ability to transport the water back home.

This article was condensed from No-Win Waterscapes, A Texas A&M researcher measures water security in the Rio Grande Valley by Karen Riedel of the Texas A&M University Geoscience News.