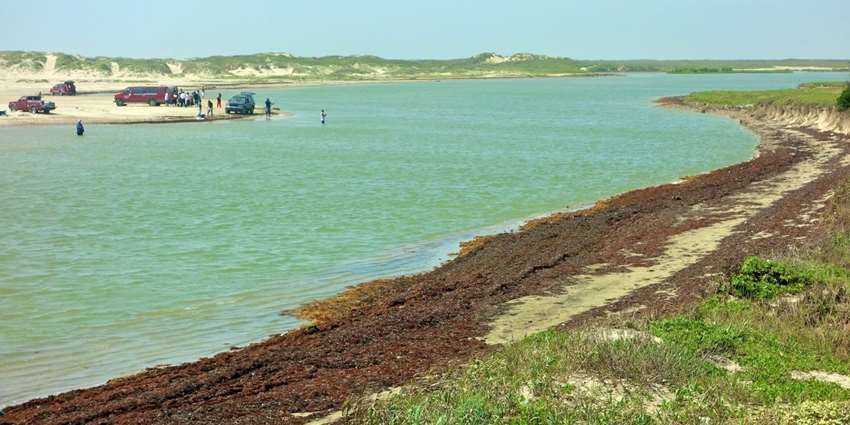 Learning about river hydrology is more impactful in a canoe than in a classroom – or at least that’s what a new graduate student course is betting on.

“We’re doing a study of the Rio Grande as a part of our graduate water program here,” said Dr. Ronald Kaiser, chair of the Water Management and Hydrological Science program at Texas A&M University. “This semester we’re looking at issues all along the Rio Grande, and in May we took the students on a field trip, from the headwaters to the Gulf.”

The class, Contemporary Issues in Water Management, concluded with fieldwork trip May 11-15 along the river, from its origins at the Continental Divide in Colorado, to its destination into the Gulf of Mexico. Kaiser said the course and fieldwork took an in-depth look at the water challenges facing the region.

Victoria Lopez, a master’s student in the program, said the trip was well planned. “And (it was) in the field where we could learn things we could have never learned in the classroom,” she said.

Adam Landon, doctorate student in the program, said his perception of the river changed dramatically after traveling the entire length of the Rio Grande.

“The complexity of the water management system in its entirety, ranging from the headwaters to the Gulf is truly staggering,” he said. “Every drop of water in the river is allocated for a specific purpose. Disaster in a system designed with such hubris is always looming on the horizon.”

The issues students were examining depend on the section of the river they were visiting, according to Dr. Rosario Sanchez, program coordinator of the Water Management and Hydrologic Science program. She said that in New Mexico near Taos, the students looked at the geology that surrounds and delineates the river flow and the differences between other sections of the river considering population, environmental concerns and intensive irrigation use.

“It is not the same to look at the river at Elephant Irrigation District, than at Taos Canon,” she said. “Sometimes people do not realize how water ‘travels’ and changes its quality and condition during that traveling.”

Lopez, who is from Brownsville, said she knew there were specific challenges in her region, “but it was quite shocking to see how affected other towns in the basin are as well. It was quite staggering how abundant the water seems to flow in some areas and changes drastically to cracked dry beds of the river in others.”

A source for municipalities, industries, agriculture and recreation, the Rio Grande is also the focus of political disputes, border security and international interdependence, Kaiser said. Communities and government officials on both sides of the border face a growing crisis in securing a sustainable water supply to meet projected increases in use.

“The combination of a semester-long seminar, the May fieldwork along the Rio Grande and a special conference in the fall will provide an in-depth experience for students serious about tackling major water and environmental issues,” Kaiser said.

“Ultimately the students are going to write book chapters, and we’re going to publish a book on the Rio Grande using their work,” he said. “We’re trying to tease out the wisdom of students who are not constrained by old rules, to look at what can be done in water management. We’re trying to promote creativity in our graduate students.”

Landon said he understands the challenges facing the region much better after the trip.

“Interacting with stakeholders with different perspectives really put the scope of the problems of water scarcity on the Rio Grande in perspective,” he said. “Meeting the people whose lives depend on the resource really humanized the implications of water management decisions for me.”

To learn more about the course, see riobravo.tamu.edu, and visit waterprogram.tamu.edu for more information on the Water Management and Hydrological Science graduate program.