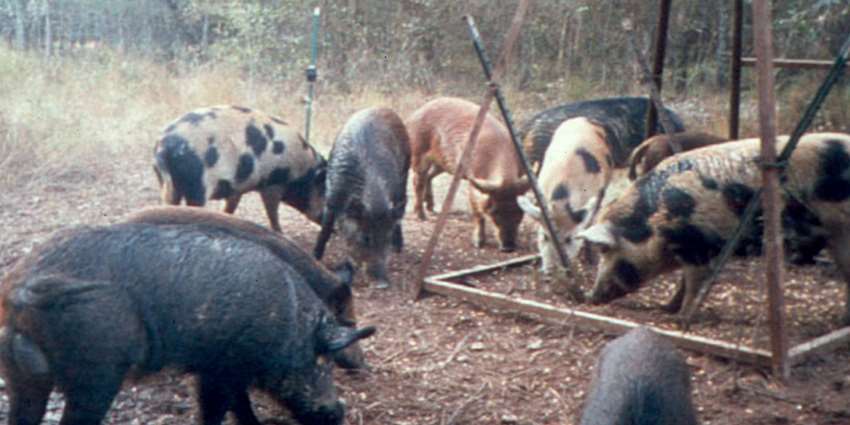 Texas Agriculture Commissioner Sid Miller recently announced a rule change in the Texas Administrative Code (TAC) that classifies a warfarin-based hog lure as a state-limited-use pesticide. The pesticide, “Kaput Feral Hog Lure,” is the first toxicant in Texas to be listed specifically for use in controlling the feral hog population, according to a Texas Department of Agriculture (TDA) news release.

“Wild hogs have caused extensive damage to Texas lands and loss of income for many, many years,” Miller said.

Warfarin, an anticoagulant, was used for many years as a feral swine toxicant in Australia. There is a demonstrated need for additional feral hog population control methods in Texas, and the regulatory status under the rule change will ensure safe handling and application of this product, according to TDA.

“By making this a limited use pesticide, we are taking every step possible to ensure this toxicant is used properly and efficiently,” Miller said. “Years of work and study have gone into addressing the concerns of hunters and others about this product.”

Extensive testing of warfarin has been conducted in Texas since 2008. The approval of warfarin for feral hog control is the culmination of over 10 years of research between Scimetrics, the manufacturer of the product, and TDA.

This year, the U.S. Environmental Protection Agency determined the product could be available for general use because of its low toxicity. To ensure the proper precautions are taken, the TDA has imposed stricter regulations on the product by labeling it for limited use only. State-limited-use pesticides may only be bought and used by a licensed applicator or someone under the direct supervision of a licensed applicator.

More than 2 million feral hogs are estimated to be in Texas. Feral hogs can be found in approximately 230 of 254 Texas counties and cause an estimated $52 million of damage to Texas agricultural enterprises each year, according to the Texas A&M AgriLife Extension Service.