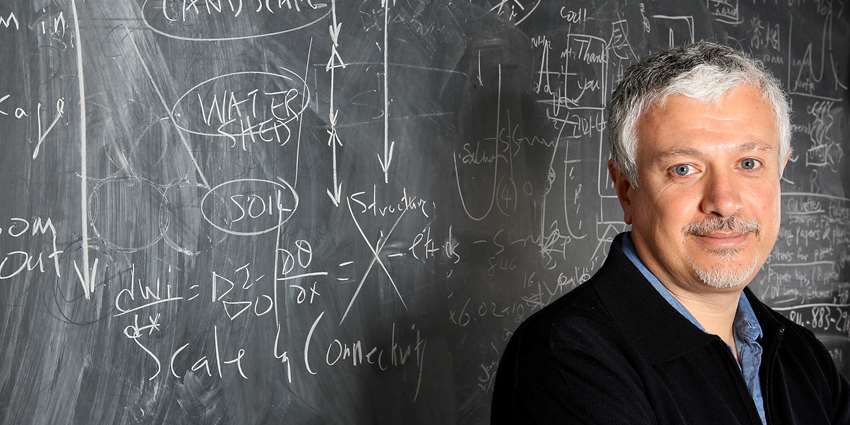 Going back to where he discovered his passion for agriculture, Dr. Rabi Mohtar returns to his roots in Lebanon to make an impact.

Growing up, Mohtar said he always had deep ties to agriculture. Although raised in the city of Beirut, his family came from a village where they made a living out of olives and byproducts of olives.

“Because of that very closeness my family had to their crops, I grew up very much in love with the land,” he said.

His fascination with water developed a little later in life, and he went on to study agriculture with an emphasis in soil and water management for his bachelor’s degree and irrigation science for his master’s at the American University of Beirut.

Mohtar then completed his doctorate in agricultural technology and systems management at Michigan State University.

At the graduate level, he teaches a course — the first of its kind in the nation — titled Water-Energy-Food (WEF) Nexus: Toward Sustainable Resource Management. The course is cross-listed in civil engineering and biological and agricultural engineering.

“Texas A&M, I would say, at the graduate level is a pioneer in the WEF nexus area,” Mohtar said. “There are other undergraduate activities elsewhere, but as for the research and education in this area, Texas A&M is one of the first.”

Mohtar’s research over the past 17 years has focused on multiscale hydrology and water management. The WEF Nexus discipline is a relatively new area that builds upon the previous work and allows for the integration of water, energy and food security within a bigger system of systems.

Mohtar said the field has flourished in the United States following support from the National Science Foundation (NSF). Today, researchers look at the interlinkages and tradeoffs between the three WEF areas to reduce the risk of negative implications.

“For example, you cannot have proper management of water resources without looking at the whole integrated system,” Mohtar said. “This includes water for food, water for energy, water for industry and water for municipalities.”

He said looking at the interlinkages between these areas is very critical because there is no longer an abundance of resources. Through population growth and climate change, he said there is greater risk from natural disasters and those risks threaten the primary resources.

Along with the research Mohtar has been doing with the WEF Nexus, he is also the lead on an initiative in the Texas A&M University System called the Texas A&M Water Energy Food Nexus Initiative (WEFNI), composed of about 200 faculty members.

Through the initiative, the group has focused on the San Antonio region to work on a specific, small-scale targeted activity. He said the group uses San Antonio as a case study to see how different aspects of tradeoff analysis, policy and technology have implications on the nexus resources.

Recently, Mohtar took a reduced appointment at Texas A&M to become the dean of the Faculty of Agricultural and Food Sciences department at the American University of Beirut. He said he hopes to make an impact there when it comes to water and food security.

For more information on Mohtar and his research, visit his faculty page.