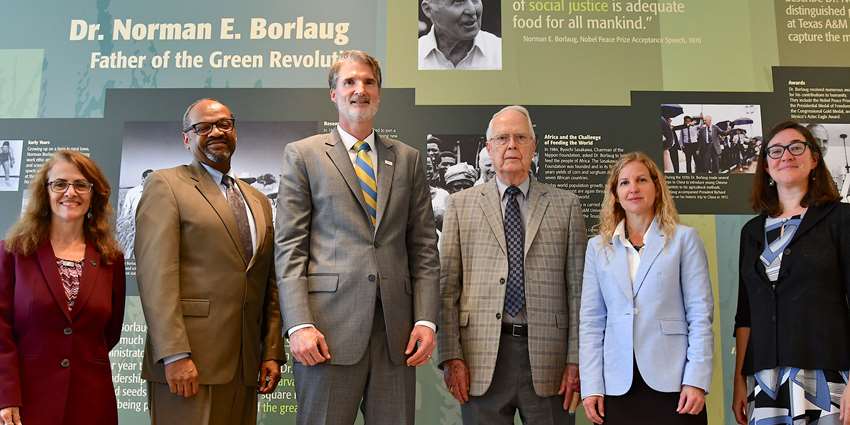 The Norman Borlaug Institute for International Agriculture, part of Texas A&M AgriLife Research, has received an additional $12.5 million from the U.S. Agency for International Development (USAID) for the Innovation Laboratory for Small Scale Irrigation (ILSSI), one of 24 innovation labs within Feed the Future, the U.S. government’s global hunger and food security initiative.

The Borlaug Institute is completing the fifth year of the competitively awarded cooperative agreement with USAID. The initial phase of the agreement was funded at $12.5 million for five years.

The extension provides a ceiling allowing optional funding of an additional $10 million from other sources such as the USAID Missions. The long-term partnership between Texas A&M and USAID was extended to 10 years with a potential total funding of $35 million, according to program coordinators.

The Feed the Future's ILSSI is conducting small-scale irrigation research in Ethiopia, Tanzania and Ghana.

Results of field studies are extended to national levels and used to plan and evaluate regional and national introduction of small-scale irrigation schemes. With the ILSSI extension, it is considering expanding the agreement to other countries in Africa and Asia.

Dr. Neville Clarke, director of ILSSI, said smallholder farm families in the countries where ILSSI works typically grow grain crops in the rainy season and store them to be consumed in the dry season.

“The introduction of irrigation for these families is providing year-round access to fresh vegetables and fruit,” Clarke said. “Irrigation is improving both the quantity and diversity of diet for participating farm families as well as increased income. New methods of water lifting from wells, such as solar-powered pumps, are increasing the availability of water for irrigation and reducing the labor costs, especially for women.”

He said the ILSSI’s studies in Africa seek the best combination of production, environmental and economic consequences of new irrigation practices.

For more information about the ILSSI project, view this article in Texas Water Resources Institute’s txH2O magazine: Feeding the Future.