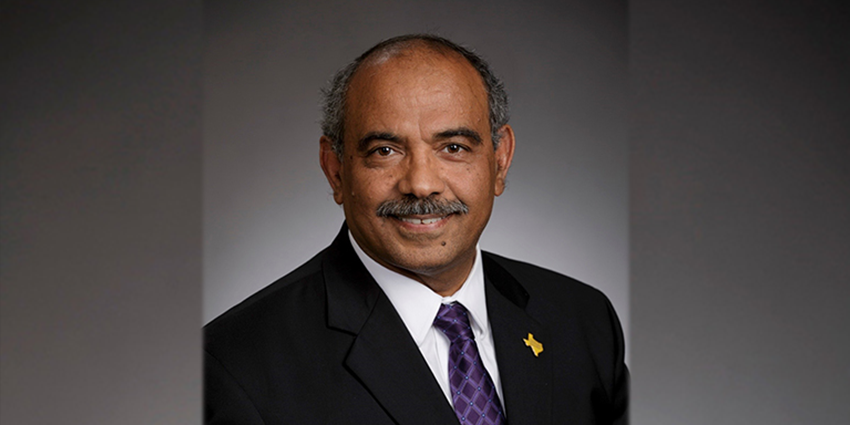 The Soil Science Society of America (SSSA) in June announced Ali Fares, Ph.D., endowed professor of water security and Water Food Energy Nexus at Prairie View A&M University, as one of its 2021 SSSA Fellows. The award will be presented during the society’s annual meeting in November.

Fares received a Bachelor of Engineering in horticulture engineering from the University of Sousse, Tunisia, and a master’s and doctoral degree from the University of Florida. He is an internationally reputed expert in soil, water and crop management based on experimental, theoretical and numerical modeling approaches. He contributed to Florida’s citrus nitrogen best management practices, and Hawaii's water allocation and bioenergy mandate. He has contributed to soil water sensing and climate change impact on crop irrigation work.

Fares has authored over 130 publications, including books, book chapters and journal articles. He provides leadership at multiple levels. In addition to his role at the PVAMU, he has been a contributing member of the Soil Science Society of America, American Society of Agronomy, and American Geophysical Union. He has multiple invitations as a keynote or invited speaker to share findings of his research at national and international conferences

The award will be formally presented at the SSSA Awards Ceremony on Nov. 10 during the scientific society’s annual meeting in Salt Lake City, UT. The annual awards are presented for outstanding contributions to soil science through education, national and international service, and research.

Fellow is the highest recognition bestowed by the Soil Science Society of America. Members of the Society nominate worthy colleagues based on their professional achievements and meritorious service. Up to 0.3 percent of the Society’s active and emeritus members may be elected Fellow. The award consists of a certificate, a complimentary ticket to the award ceremony and an SSSA Fellow pin.

To assist with the nomination, the Fellows Committee will follow this Scoring Rubric to allocate points for each section of the nomination: View the Fellows rubric online. In 2021, 11 individuals were the recipient of the Fellow of the Soil Science Society of America award.