On paper, Glavy seems like a likely candidate for someone who would build their career in Texas. But that’s not exactly what Glavy envisioned for his life. “I never thought I’d end up in Texas. Even my parents used to always say they thought I’d be the son to leave as soon as possible and never come back,” he said.

“I did leave twice, and it didn’t stick,” Glavy said, referring to his two professional experiences, one in Washington D.C. and the other New York City. In Washington D.C., Glavy worked as a congressional intern for Congressman Filemon Vela, who represents the 34th district of Texas. In New York, Glavy worked on water-related public health issues for the Environmental Protection Agency.

Glavy came back to Texas when he was accepted into the master’s program in water management studies at Texas A&M. “It was a tough decision because I really cared about the work I was doing, but I didn’t know if I would ever go back to school if I didn’t take this opportunity,” he said.

Although timing made his decision tricky, his choice to return to Texas A&M was a natural one. It is the place where he received his bachelor’s degree.

It is also the place where he realized working in the water realm was his calling.

This epiphany happened in a large 200 level course during his sophomore year of college that focused on water and the environment. “It really was one of those ‘ah-ha moments’ that you hear about,” he said. “The class was tough, and I only got a B, but I was hooked.”

After this class, he began seeking out opportunities in the water field. “It took almost a year, but I finally got my foot in the door with an opportunity to work with San Antonio Water System.” Glavy then spent two consecutive summers working for the city.

One project Glavy worked on during his time in San Antonio involved programs that targeted smart water use through landscaping.

“By giving people the right type of education and resources, we showed them that they could still have an aesthetically pleasing yard while seriously cutting back on water use,” he said. “It was amazing to see the long-term impact of doing something as simple as replacing a plot of grass with a patio-scape or even a flower bed.”

Again, Glavy was hooked. He knew then he wanted a career where he could use education to promote water conservation. “The resources we showed them really influenced behavior — and these little behavioral changes, where you use less water every day, really makes a difference over time.”

Glavy said that the most difficult part of implementing water conservation education programs in Texas is buy-in.

Glavy has been on the TWRI team since 2017. While working with the institute, he has learned that establishing trust with communities is crucial for his projects to succeed, especially in rural areas of Texas.

“It’s a little easier in the cities, but when it comes to rural areas, that’s where it gets tricky,” he said. “Oftentimes, if someone from the state level comes in and tells locals what they should be doing, the first response they give is, ‘Well why should I trust you?’”

“Texas is so much different than I first thought,” he said. “There are so many personalities and people with diverse upbringings: working at TWRI has definitely opened my eyes to a whole new aspect of the state.”

He says that the varied nature of Texas also gives him endless water education opportunities.

“I can do statewide programming, and here that really matters because culturally and geographically Texas is so different,” he said.

“Sometimes I might be targeting areas more in East Texas than West Texas because water tends to be more involved there, but when it comes to periods of high drought I can focus on a whole new program in West Texas.”

Glavy now embraces his status as a Texan. He appreciates the unique outdoor experiences, like the Monahans Sand Hills and San Marcos River, and spends most weekends traveling to new areas across the state. “At this point, I’ve put so much mileage on my car,” he said.

Looking forward, Glavy hopes to develop educational frameworks for water education programming across the state. “I really do want to help make every drop count,” he said. “I know it sounds cheesy because it’s the TWRI slogan, but it’s so crucial and a lot of people forget that water is a finite resource and we’re going to have to take necessary steps to protect it.”

“It doesn’t look like I’m going anywhere anytime soon,” he said. “Somehow, I always find my way back home and back to Texas.” 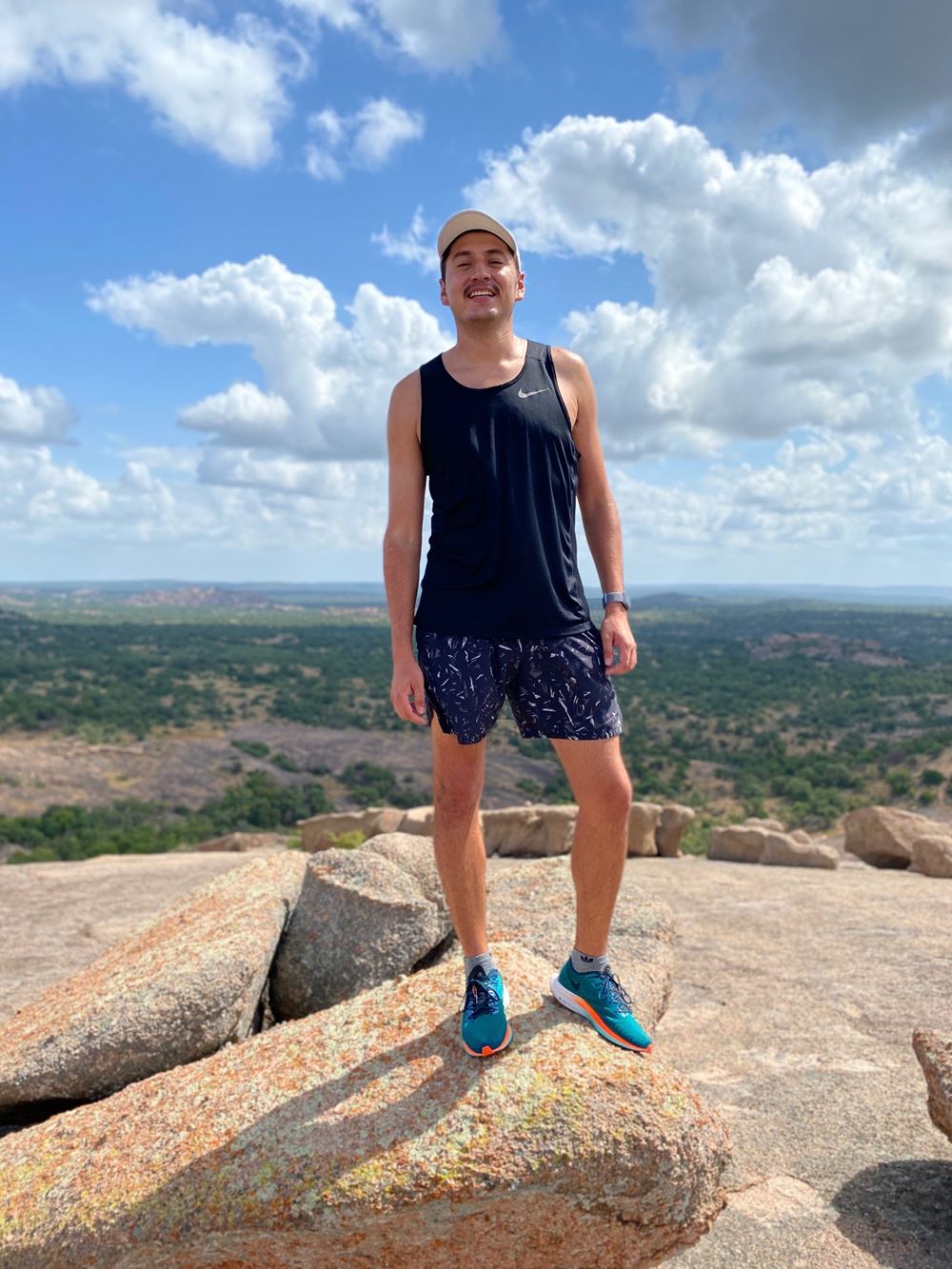 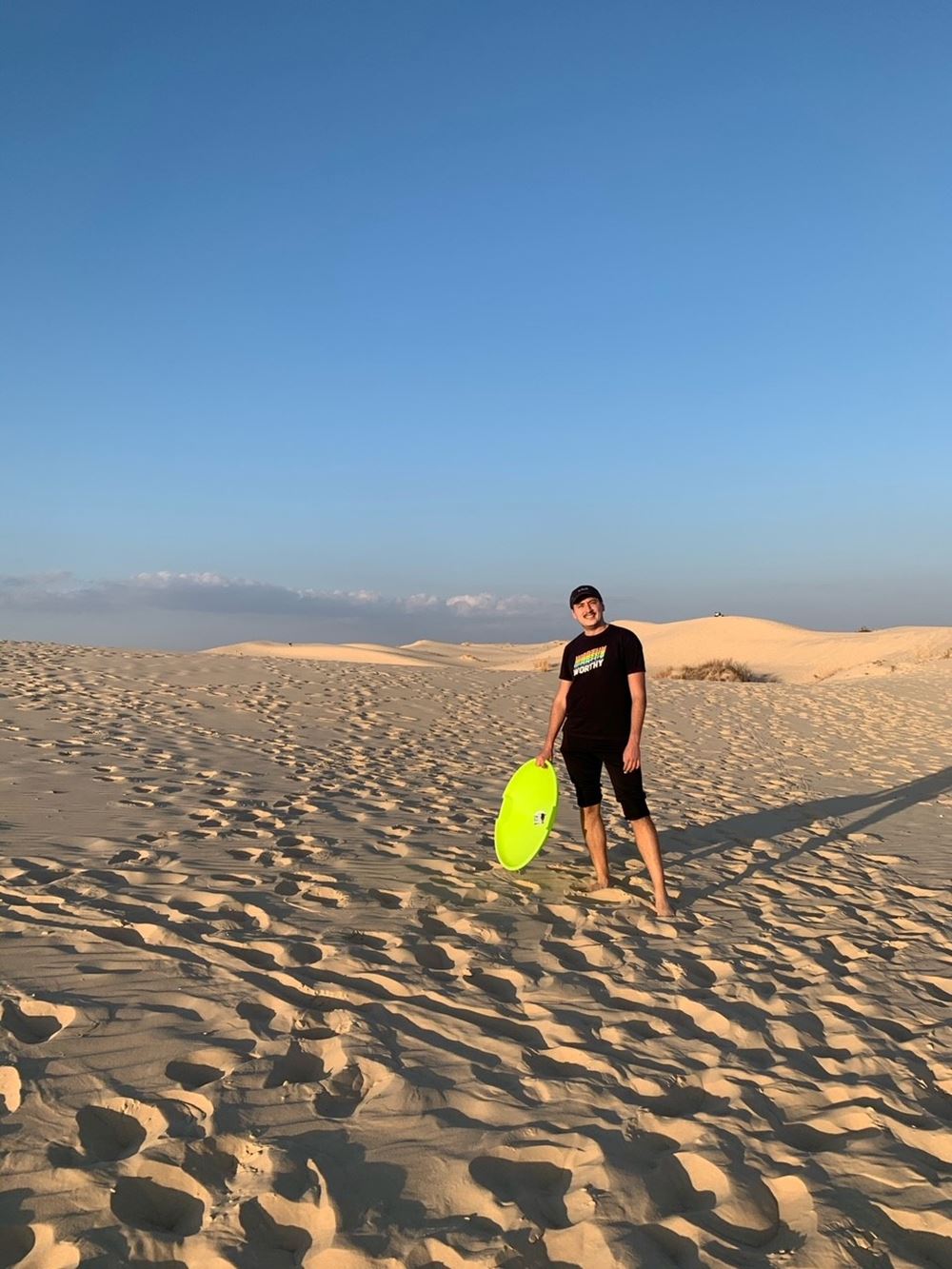 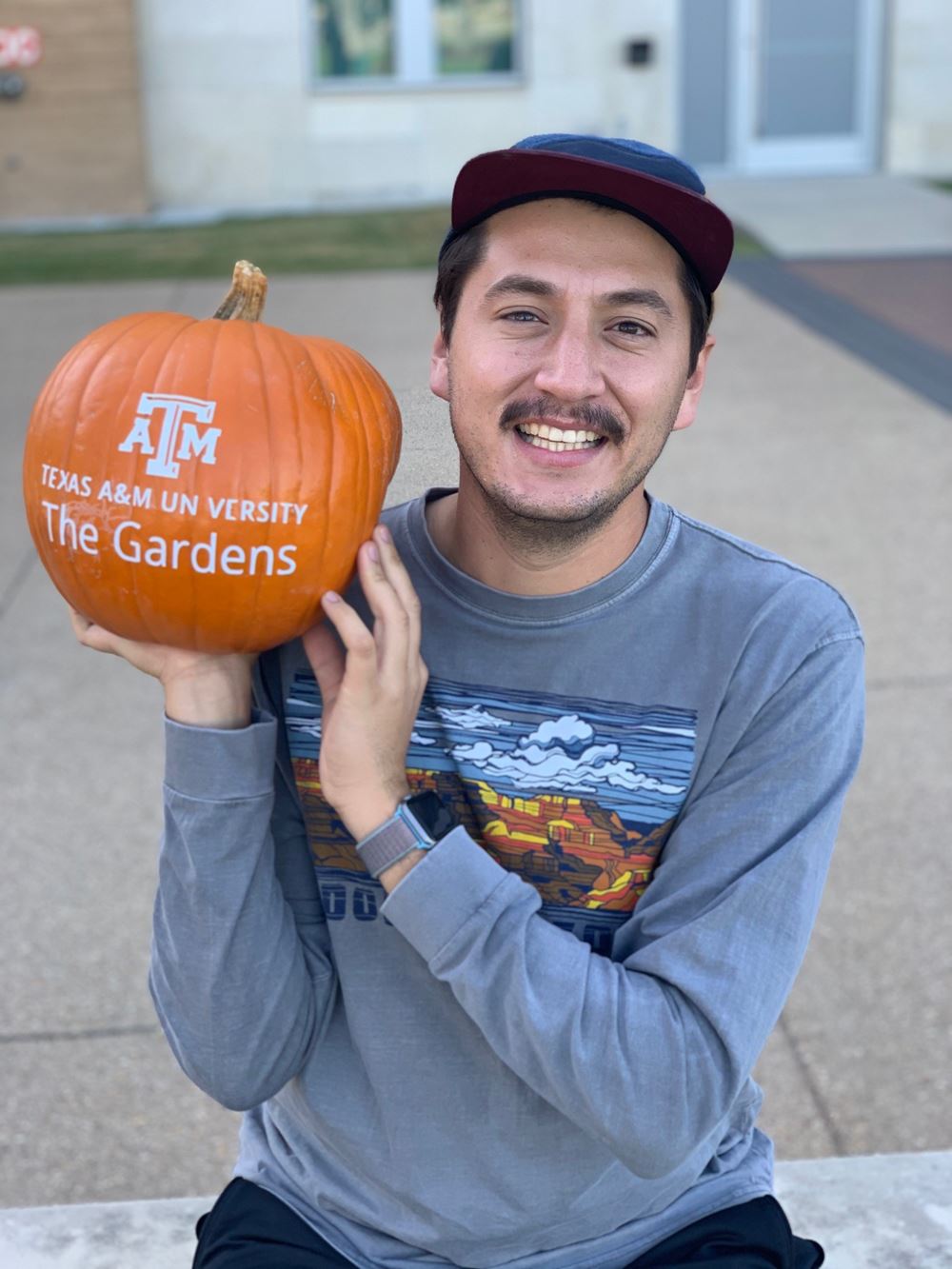