Climate and weather impacts for 2021 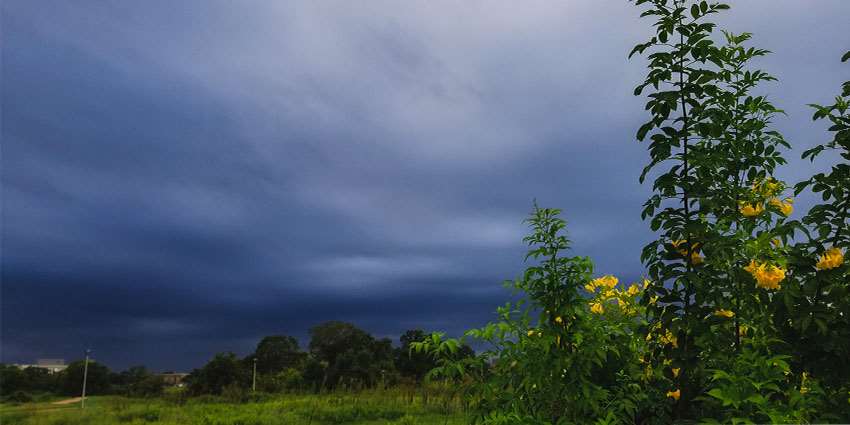 After the extreme weather events in 2020, many are wondering what to expect this year. The Texas state climatologist explained that there is currently a moderate La Niña in place this year, meaning warmer, drier conditions are on the horizon.

“The La Niña has been present for several months already,” said John Nielsen-Gammon, Ph.D., Regents Professor of Atmospheric Sciences and the Texas State Climatologist. “It's just now reaching the length of time required for it to be an official event, and it'll be another few months before it dissipates, so we are stuck with it for the rest of the winter.”

Nielsen-Gammon explained that the La Niña makes the weather warmer and drier. “Basically, the jet stream tends to be farther north, so we don't get as many storms and cold fronts as we normally would.”

In March, Nielsen-Gammon said, the La Niña will diminish.

“The below normal rainfall prediction was only good until about the middle of spring,” he said. “There's not much carryover effect during the spring as the rain we get in April and May is going to depend mainly on individual storm systems and weather patterns and how those end up working out.”

Regarding extreme weather events, Nielsen-Gammon said they tend to happen rarely and generally don’t repeat year-to-year. “Recent history is not a good guide for what to expect, either in terms of the intensity or the effects of extreme weather,” he said.

“We were fairly lucky last year in terms of severe thunderstorms. There weren't a lot of major tornadoes, but we did have a few big hailstorms. The odds are we'll have more tornadoes this year just because we were unusually low last year.”

Nielsen-Gammon said if it rains enough in the spring, it won’t be as hot and dry. “The long-term trend of rainfall has been slightly positive. Rainfall amounts have not been diminishing across Texas overall, but the temperature trend is definitely upward.”

For surface water supplies, Nielsen-Gammon said there is a more mixed picture.

“Rainfall is becoming more intense when it does rain, and that tends to favor more runoff, so we might get more water flowing into reservoirs on average,” he said.

“It's only going to take a handful more rainfall events to leave us in reasonably good shape for the spring, but unfortunately, the seasonal outlooks can only tell us how the odds will change and not what will actually happen,” said Nielsen-Gammon. “So, in one sense we can be somewhat prepared; in another sense, we’ll have to wait and see.”

Over the past month, Nielsen-Gammon said drought conditions have been more intense in the state for this time of year than in the past several years despite the rainfall trend.

“Your local experience will vary from other parts of the state. Fortunately, it's extremely rare that we get a drought affecting the whole state simultaneously, like we did in 2011.”

Nielsen-Gammon said a lot of the spring drought impacts depend on whether the rain comes through at the right time. “In the springtime, the timing of rain is not really predictable, but we can say at this point that we're likely to be vulnerable to serious drought impacts. The rain and snow the rest of the winter will determine just how vulnerable.”