In early February 2022, Austin made state headlines by issuing a mandatory boil water notice. A boil water notice, also known as a BWN, is used when water quality in a public water system falls below minimum safety standards and can pose health risks to its customers.

Austin Water’s Ulrich Water Treatment Plant went out of service due to an “internal treatment process issue that resulted in high turbidity within the plant,” according to a City of Austin press release.

Turbidity is caused by suspended and/or dissolved particles in water that make the water appear cloudy. Particulate matter can include sediment, organic and inorganic matter, algae and other microscopic organisms. While not inherently bad, high turbidity can lead to a BWN if the suspended solids have adverse health effects.

Shifting production to the Davis and Handcox Water Treatment Plants, the City of Austin issued a BWN for all water recovered from plumbing systems. The City of Austin also issued a mandatory emergency water use restriction due to limited treatment capacity.

The capital city also notably issued a BWN the year before during Winter Storm Uri. This pattern questions the frequency, severity and consequences of BWNs in Texas.

When to issue a boil water notice

The Texas Commission on Environmental Quality (TCEQ) and the Environmental Protection Agency (EPA) set minimum water quality standards for public drinking water in Texas. If the water fails to meet those standards — usually due to elevated levels of E. coli or high turbidity — a BWN must be issued to impacted customers within 24 hours. As happened in the Austin BWN in February, high turbidity levels indicate a failure of filtration and other treatment processes.

Notices are lifted when the public water system can consistently test above minimum quality standards and no longer poses a potential health risk to customers.

Boil water notices on the rise

From 2011 to 2016, BWNs in Texas increased by 73%, according to a paper published in the Texas Water Journal in 2018. A total of 5,957 BWNs were recorded during that period. Authors Sapna Mulki, Carlos Rubinstein and Julianne Saletta said in the paper that the rise in BWNs is most likely attributed to drought, because drought and soil moisture loss can damage water infrastructure that creates BWN conditions.

“Severe droughts pose a threat to drinking water quality because the resulting loss of moisture in the soil often causes water pipelines in the ground to break or leak, which then compromises pressure in the system, triggering a boil water advisory,” Mulki said.

High-population regions like the Houston and Dallas metroplexes experienced higher than average BWNs during the study period. These regions account for over 42% of the Texas population. Due to aging infrastructure, rising population and more frequent natural disasters and extreme weather events from climate change, BWNs will continue to impact Texan lives.

“I suspect that with the effects of climate change — causing increased frequency and severity of flooding and droughts — and increased reporting requirements, BWNs may be continuing to rise today,” Mulki said.

In 2021, the largest BWN event in U.S. history occurred during in Texas during Winter Storm Uri, according to a paper by Yael Glazer and others. The paper cites that over 2,300 BWNs were issued across the state, affecting over 14 million people. With the increasing effects of climate change, the authors of the paper suggest that BWNs caused by natural hazards will continue to increase both in frequency and potency.

To improve the safety of Texas residents and increase public support of public health, Mulki and her coauthors suggested that increasing strategic crisis communications about BWNs and other water issues is needed from public water systems.

The authors explained that a communications plan that displays clarity, commitment, transparency, honesty, compassion and engagement can foster trust between the public and the city. A strong public-city relationship is important for further initiative approvals, such as updating water infrastructure.

“If utilities are not communicating in a timely fashion about when customers need to boil their water, that can cause a rift in the trust that the customers have in the utility and question the overall quality of the water being provided by the utility,” Mulki said.

Ineffective communication strategies, such as those surrounding the Corpus Christi water crisis in 2015–2016, can create a broken foundation of trust that is difficult to rebuild.

In the 2015 event, Corpus Christi city officials were slow in communicating to the public the source of the BWN, which was a chemical leak into industrial water lines. Most residents didn’t find out the cause and severity of the BWN until watching the nightly news or through word of mouth. Mulki said this miscommunication incident weakened public trust in the Corpus Christi water system.

“Communicating in simple language can build public trust. Water infrastructure is so technical, and we use all this jargon as water professionals that doesn’t necessarily translate to everyday people who don’t deal with water issues,” Mulki said.

“Water education does not stop after an emergency is resolved,” Mulki said in a 2018 interview with Water Online.

More information on what to do when a BWN is in effect can be found here. 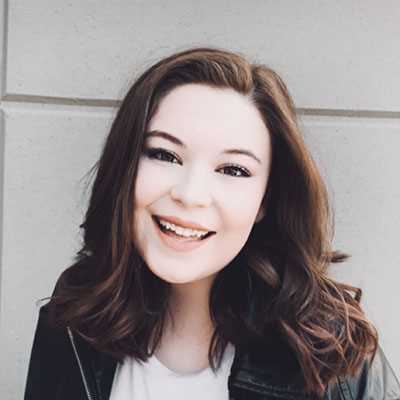