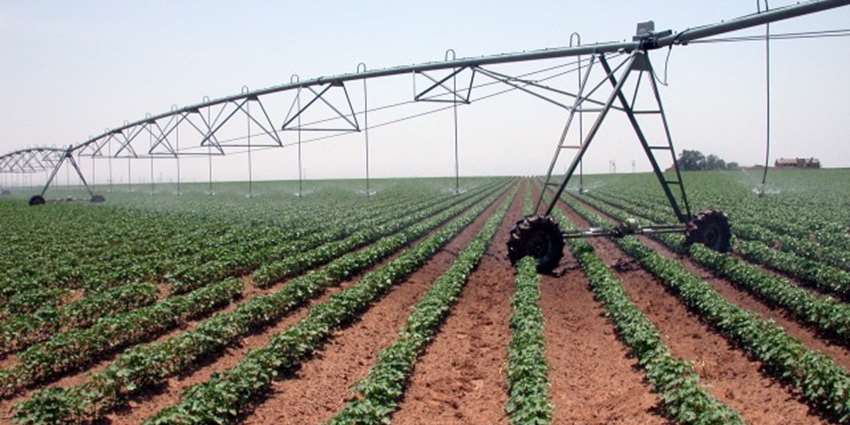 Identifying, but more importantly gaining adoption, of the most efficient irrigation systems is an important step in water conservation within agriculture, according to a recent study conducted by Texas A&M AgriLife Research.

Dr. Nithya Rajan, AgriLife Research agronomist in Vernon, helped complete the study by looking at different types of irrigation systems for their application efficiency. A more efficient irrigation system allows a larger percentage of the applied water to reach the root zone and not be lost to soil evaporation or evaporation from plant surfaces.

The study is a part of the project An Integrated Approach to Water Conservation for Agriculture in the Texas Southern High Plains, initiated through funding from the Texas Water Development Board in 2005.

Rick Kellison, project director of the Texas Alliance for Water Conservation, said the study was designed to help producers “put a dollar figure to using the most efficient irrigation systems, because over the years they had shifted away from the efficiency of LEPA.”

This eight-year project led to the establishment of the Texas Alliance for Water Conservation Demonstration Project, which involves about 30 producers’ fields in Hale and Floyd counties.

She explained MESA systems use spray emitters positioned at around 4 feet above the ground or higher, and are popular for irrigating taller crops like corn. LESA systems have spray emitters generally located less than 4 feet above the ground, and are popular for irrigating shorter crops like cotton. LEPA systems use emitters in contact with the surface that allow water to flow directly onto the soil, and are generally used in conjunction with furrow dikes.

The primary objective of the Texas Alliance for Water Conservation project has been to identify cropping systems and practices in this region that use less irrigation water while maintaining farm profitability.

Both systems applied the same amount of water, but the efficiency of application of the water is what made the difference, Kellison said. LEPA provides a direct application of water and thus concentrates the water in a smaller area. This reduces surface evaporation.

Kellison said in all three years of the drought conditions, the LESA or spray application was needed to get the crop started, but the producer, Glen Schur, switched right back to the efficiency of LEPA for the remainder of the growing season.

Since LEPA is more efficient than LESA, more of the water supplied by the LEPA system reached the plants’ roots, resulting in increased growth and yield.

The application efficiency of an irrigation system is related to its ability to place water in the root zone of the crop, she said.