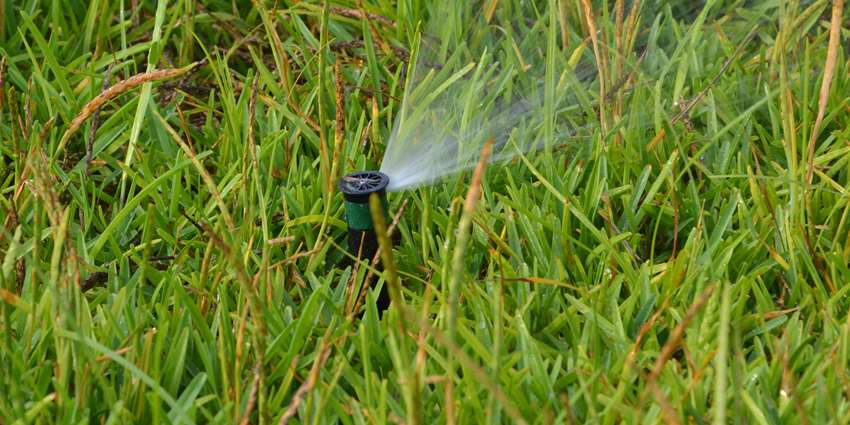 According to the advisory council’s announcement, the “award program recognizes outstanding water conservation efforts and successes of Texans.”

The program incorporates data from automated weather stations in certain metropolitan areas in Texas that feed data to WaterMyYard.org, Fipps said. The software uses evapotranspiration rates (ET) to calculate weekly irrigation recommendations specific to areas within a city or residential community. Homeowners and businesses subscribing to the free service receive weekly recommendations on how much to water their yard or landscape based on rainfall amounts, ET and other factors, such as the design of their irrigation system.

NTMWD encompasses 1,600 square miles and provides water services to 1.6 million residents of North Texas, through 13 member cities, according to Fipps.

Most of the water the district relies on comes from Lake Lavon, east of Dallas, Fipps said. But the persistent drought of the last few years and increased demands have dropped lake levels. The result has been mandatory water restrictions, which were particularly severe for landscape irrigation, he said.

“Watering restrictions have varied over the last few years, ranging from two days a week irrigation to one day every two weeks,” Fipps said.

At the advice of Fipps and Swanson, the water district purchased and installed seven automated ET weather stations.

“Many municipalities and water utilities have struggled to develop effective programs to address the excessive use of water in landscape irrigation,” Fipps said. “Most automatic irrigation systems are improperly programmed and over-irrigate, wasting 20 to 50 percent of the water applied.”

Though university research has consistently shown using ET-based irrigation schedules can save significant amounts of water, the system has not been widely adopted by homeowners, he said. The Water My Yard program was designed to make using ET data easy, through an interactive web application, Fipps said.