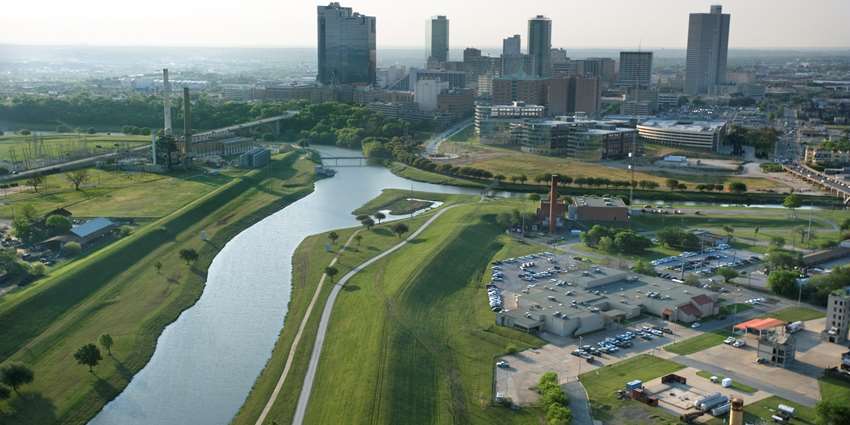 Water conservation and the management and science of groundwater dominated the discussions at a recent water symposium at Texas State University.

The Texas Tribune hosted the day-long event March 10 that included panels on state water funding, groundwater, water conservation and the poor quality of drinking water along the Texas-Mexico border.

The first panel discussed water planning and funding in light of Proposition 6, the constitutional amendment that approved the legislature-created State Water Implementation Fund for Texas (SWIFT) program to provide financial assistance for projects in the state water plan.

Carlos Rubinstein, Texas Water Development Board (TWDB) chairman, said the board authored the rules for the SWIFT fund and opened up the applications four months early. He said 48 projects, totaling more than $5.5 billion, were submitted for the first window of funding. The board is now in the process of going through the 48 applications, making sure they meet the criteria, such as the projects being in the state water plan.

“Clearly, we will end up with more requests than we can fund,” Rubinstein said. “In the fall, we will issue the bonds for the ones funded.”

“We got the patient up and breathing last session,” he said, referring to the passage of Proposition 6. “But now we have to exercise him and make sure he is going to be healthy,” he said. “I think that is the vision after Prop 6.”

The panelists also emphasized the need to find new sources of water to meet the state’s needs.

“We know we have a tremendous amount of brackish water underneath our state, and the technology is there to use it and is getting better,” Keffer said. “Desalination is a huge part of our future.”

Panelists also agreed that science needs to the driving force behind groundwater management.

Keffer said groundwater conservation districts have to do their job of protecting their aquifer and their district, but “any decisions have to depend on science, not whim, not politics. We can’t afford hoarders in this state for a resource that we use.”

He said groundwater conservation districts set the desired future conditions based on groundwater modeling, similar to how the Railroad Commission of Texas sets allowables for oil and gas production.

State Rep. Jason Isaac said he would like to see the groundwater management change from groundwater conservation districts, based on political boundaries, to districts organized based on aquifers.

“You can still have local control by having local representation on a board that manages each aquifer,” Isaac said. “I don’t think it is an effective or efficient plan that all these groundwater conservation district are decided by political boundaries rather than water.”

When looking to new sources of water, such as brackish groundwater, Kyle Frazier, Texas Desalination Association executive director, said that coming up with a definition for brackish groundwater was impossible last legislative session and he isn’t too hopeful for the current session.

“All current big desalination plants are outside of a groundwater conservation district, and that’s not by chance,” Frazier said. “That is the only way they could make them work.”

All four panelists from the groundwater segment voiced support for TWDB to be able to finish mapping and modeling groundwater, including brackish, throughout the state.

The panelists agreed that the state has many options for conserving water and emphasized the need for widespread adoption of simple conservation measures. Baker said that although there are areas of Texas doing aggressive conservation, “we have a lot of areas where people have no concept of why we are asking them to conserve.”

Research by the Texas Water Foundation found increased public awareness of water conservation in regions where utilities have spent money on education, Baker said, citing the North Texas Municipal Water District, which increased awareness from 10 to 52 percent in 10 years through education.

“We really need to expand how we think about the word conservation all over the state,” Huffman said, adding that reducing water consumption in energy production is one area where the state can save.

Acknowledging that there are new technologies that will help the state conserve, Kramer cautioned that those technologies should “not take away the importance of the simple things we are not doing, such as requiring rainwater systems in new construction.”

Citing his utility’s example of simple conservation measures, Puente said SAWS offers incentives to homebuilders to put down 4 inches of topsoil before planting grass, which helps the soil hold water. The utility has also shut down one of its wastewater treatment plants because of the water conservation efforts of the utility and its customers.

Baker said Texas, California and Florida lead the nation in water conservation. The state has come a long way in requiring conservation plans and implementation plans, but enforcement of those plans is also important, she said.

For more information, view the Texas Tribune’s videos of the symposium panels.