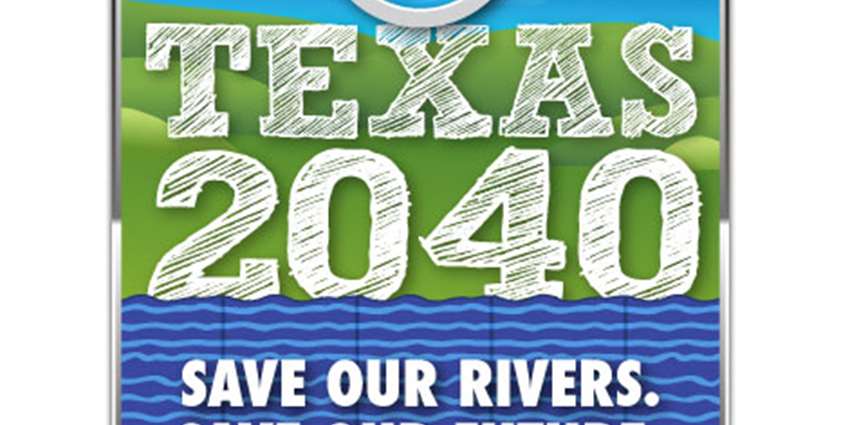 The Colorado River Alliance, in partnership with the Texas Water Development Board, has created a free, interactive game called Texas 2040. The game helps Texans better understand the water challenges the state’s rivers will face in the next 25 years, said Brent Lyles, the alliance’s executive director.

“This game builds understanding in a fun way, and we hope people who play it will start thinking about their own water use,” he said.

The game is designed to show citizens the impacts of drought and population growth on Texas rivers. It presents players with real-life options to help balance both the limited water source and the needs of water users. At each turn, players must choose a solution that best meets their budget and conservation goals.

While the object of the game is to reach the year 2040 without depleting the water in the river or the monetary budget, Lyles said the real goal is to show participants their own relationship with water and the importance of conservation.

“I think the big lesson in the game is that, looking ahead, there may not be enough water to go around,” he said. “The first step in conservation is understanding why it matters. This game gets at that.”

With the Texas population expected to reach 45 million by 2040, appropriate budgeting of water is critical for current and future generations, Lyles said.

“As we look ahead and we as a community try to figure out how to meet our water needs, our best bet, our cheapest bet, for getting more water is through conservation.”

The first step in becoming a good water steward is to play the game, he said, jokingly. “We all need to look for ways we can conserve water in our daily lives. We need to look at that at a personal level, as a community, as a state.”

The game has reached over 4,000 people through the mobile river exhibit, but Lyles said he hopes the online version will gain more exposure as well as encourage participants to offer feedback.

“It’s kind of sobering,” he said, reflecting on the realistic scenarios in the game. “We want it to be playful, we want it to be fun, but it’s serious business. This is not a small problem we’re talking about.”

More information about the game and the alliance can be found at coloradoriver.org.