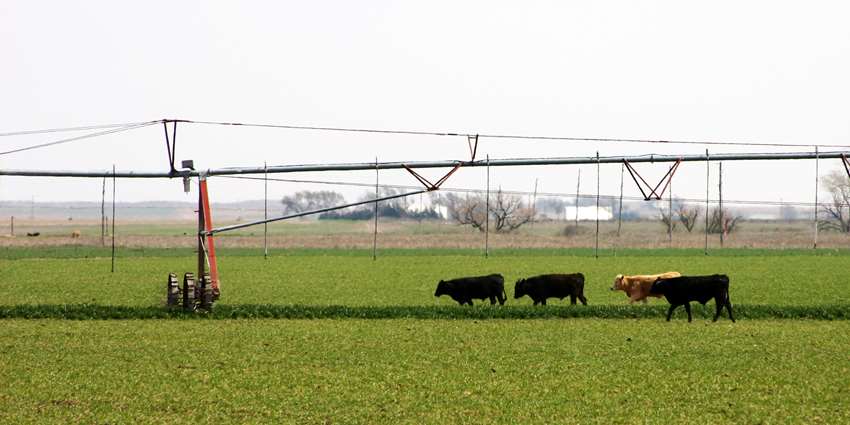 In view of changing economic and environmental factors, the Southern Plains Climate Hub of the U.S. Department of Agriculture Agricultural Research Service sponsored a conference, “Resilient Southern Plains Agriculture and Forestry in a Varying and Changing Climate,” July 18-19 in El Reno, Oklahoma. There were approximately 80 participants comprised of land grant universities, federal agencies and stakeholders (farmers, ranchers and commodity organizations).

Seven white papers related to climate change, rangelands, cropping systems (both irrigated and dryland), forestry, confined animal feeding operations, rural communities, and pests and diseases were compiled before the conference. Formal presentations outlined the status, challenges, gaps and opportunities for production agriculture across the Southern Great Plains states of Kansas, Oklahoma and Texas in the context of climate extremes and changes.

Underpinning the regional outlook are climatic factors, which indicate a semi-permanent drying trend for the Southern Plains, although the variable nature of drought means that short-term extremes will continue in the region. Projections of future drought severity rely on computer models; it is difficult to capture all the nuances of drought in a single metric. Different agricultural commodities are sensitive to different types of drought at different times of the year. Oklahoma State University and Kansas State University scientists are finding that rather than long-term droughts and wet periods, the Southern Great Plains is seeing more short-term droughts and wet periods, resulting in more wildfires and more difficulty in planning for agricultural production.

This predicted scenario has dramatic implications for irrigation where there is draw down of the Ogallala Aquifer, the issue of transition to dryland agriculture production, and pest and disease risks. Similarly, a variable and changing future environment impacts rangelands and calls for addressing systems for rangeland management and grazing strategies. When considering traditional timber production, the Western Gulf/Southern Plains region is uniquely challenged because the region already experiences the hottest conditions and lowest precipitation compared to other regions with the same timber-producing species. Climate change will likely worsen drought conditions to the greatest extent in this region. Recent rainfall reduction studies indicate that the decrease in plantation growth under drier conditions may be mitigated, at least in part, through aggressive nutritional management (i.e., proper application of fertilizer) because higher nutrient status increases water use efficiency. And while climate change has marginal effects on productivity, greater risk probably lies with increased insect, pathogen and wildfire outbreaks.

The working component of the conference was breakout sessions where scientists and stakeholders discussed the challenges and identified needs to mitigate negative impacts related to agriculture and forestry. The goal was to take an optimistic view and identify resources and capacities that exist in the Southern Plains to address those challenges. This included proactive team building across disciplines and the region and outlining a 10-year research and extension roadmap for climate and agriculture in the region. This roadmap is designed around general overlapping factors such as climate change/variability, potential for technology advances, management strategies, human behavior policy, education and finally developing an integrated systems approach.