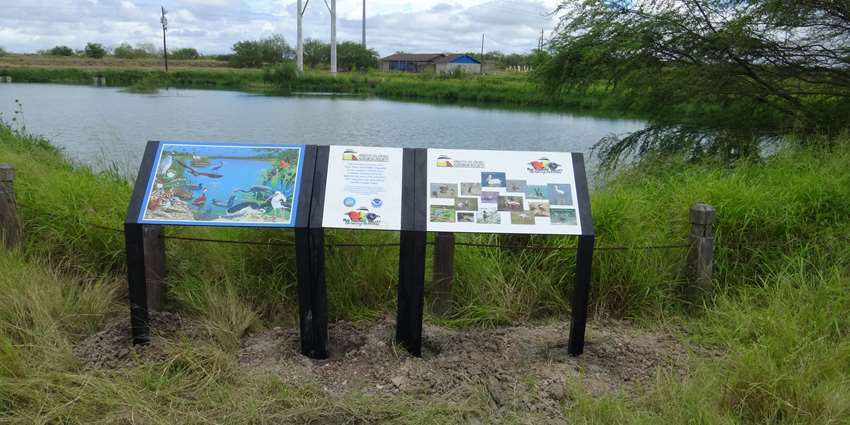 The Arroyo Colorado Watershed Partnership, Texas Water Resources Institute and the city of San Benito have been working on projects designed to reuse treated wastewater to fill abandoned wastewater treatment ponds. These ponds not only enhance the city’s treatment of wastewater but also provide a coastal wetland habitat while reducing the amount of bacteria, sediment and nutrients entering the Arroyo Colorado in the Lower Rio Grande Valley.

After almost a decade, the city now has a 64-acre wetland system that not only reduces discharge to the Arroyo Colorado but also provides a recreational area for citizens and a habitat for the native plant and wildlife species in the area.

The Texas Commission on Environmental Quality funded Phase I of the San Benito project, which consisted of using outdated, abandoned wastewater polishing ponds to create four one-acre wetland ponds that remove pollutants from the treated wastewater, or effluent, before it is discharged into the Arroyo Colorado.

The partnership and TWRI began working with San Benito in 2012 on Phase II and then Phase III, both funded by the National Oceanic and Atmospheric Administration through the Texas General Land Office.

Phase II involved filling 10 one-acre ponds adjacent to the Phase I ponds and connecting the ponds to form a continuous 14-acre pond system.

In Phase III, the city reused three of the 16.67-acre settling ponds from the city’s old wastewater treatment plant. These ponds are approximately 8 feet deep. A separate pump and valve are used to pump treated effluent into these ponds, which add a combined settling capacity of more than 225 acre-feet for wastewater treatment for the city.

Flores said the water in the settling/evaporation ponds is not discharged to the Arroyo Colorado but will evaporate back into the atmosphere, effectively reducing sediment, nutrients and bacteria that might have been carried off in the treated wastewater.

As the water evaporates in the ponds, the city pumps more of the treated wastewater into the ponds to maintain the pond levels.

As part of Phase II of the project, the team removed invasive plant species and replaced them with native wetland vegetation and trees. The city also refurbished existing sampling piers and added observation decks to facilitate environmental education and ecotourism. As part of Phase II and Phase III, the team installed educational and interpretive signage to provide information about the project, native wildlife and coastal resources and stewardship.

Flores conducted education and outreach events for residents and public officials to educate the public and community leaders on the importance of wetlands and provide information about the project.

“It is quite an accomplishment in watershed management to be able to transform these abandoned lagoonal ponds into a thriving coastal wetland environment using treated wastewater effluent,” Flores said. “The Phase I and II ponds are much shallower, and you see all lot of wading birds, including stilts, herons and egrets.

“These wetlands are using innovative technology combined with old school ingenuity to create new habitats out of abandoned city property in the coastal zone, and the project benefits the habitat, environment, the city of San Benito and the Arroyo Colorado,” he said.

Flores said implementing point and nonpoint source best management practices contained in the watershed protection plan such as the wetlands has led to reduced nitrogen loadings in the Arroyo Colorado. Monitoring of the Arroyo Colorado has shown a significant decline in ammonia levels and no significant increase in nitrite and nitrate levels.

“Through these projects, our goal is to protect the Arroyo Colorado, the Lower Laguna Madre and the remaining natural habitat,” Flores said.

For a more detailed story, go to page 52 in this Ag Mag issue.

Phase II and III were funded by a Texas Coastal Management Program grant approved by the Texas Land Commissioner pursuant to National Oceanic and Atmospheric Administration award nos. NA15NOS4190162 and NA16NOS4190174. The Texas Commission on Environmental Quality funded Phase I. 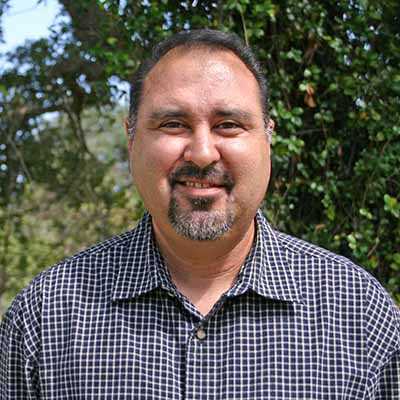 By Jaime Flores and Kathy Wythe

By By Jaime Flores and Kathy Wythe