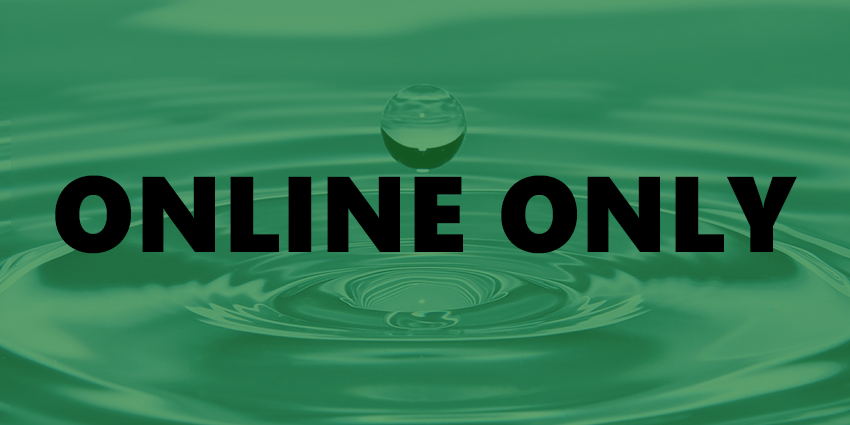 The COVID-19 pandemic has upended the world in many ways, especially when it comes to education. The Texas Water Resources Institute (TWRI) has a large offering of educational programs focused on water that have moved to an online format in the past month to keep Texans both safe and informed.

As a welcome bit of good news, this transition has been unexpectedly successful so far and has even opened new opportunities for TWRI to help serve water stakeholders in Texas and beyond.

“We have received a great response,” said Nathan Glavy, extension program specialist with TWRI. “I think everyone is just in the same boat and they just want to get the materials they need or that they are interested in.”

Clare Escamilla, a research associate with TWRI, held one of the first online-transitioned trainings on March 18.

“For us it was very last minute because we had a training scheduled the Wednesday after spring break,” she said.

The Urban Stream Processes and Restoration training was originally slated to be held in Austin. Usually, Urban Stream trainings are full-day events beginning with a morning in-class portion followed by an afternoon hands-on training in the field. The shift to the remote format meant attendees only got the classroom portion with some description of what they would do in the field.

Escamilla said that while the hands-on portion is usually attendees’ favorite part, she has received good feedback from the March 18 training, and a second Urban Stream training held online on April 1.

Another unexpected change that has come with transitioning to an online format has been the sheer volume of interested attendees.

“When I first announced we were going to an online platform for Introduction to Water Modeling, I started off with 14 people who were signed up for the in-person training,” explained Glavy. “Then within a three-hour period, I jumped to 45 people signed up for the course. And on Friday we closed off the registration because we were approaching the capacity limit.”

As of Monday, April 6, Glavy had a full class of 100 and 15 people on a wait list for the seven-hour April 15 event, which is part of the Texas Watershed Planning program.

“We were thrilled about it,” he said, though he acknowledged that the fact a lot of people are looking for things to do during the quarantine might have something to do with the explosion in interest.

That both Escamilla’s Urban Stream trainings and Glavy’s Water Modeling class also became free when moving to an online format might have something to do with the turnout.

“I think that definitely played a role too, plus you got rid of the fact people had to travel to wherever we were holding the training,” Escamilla said. She added that her second Urban Stream training had almost 80 attendees, and several of them were from out of state, one even as far as New York. Glavy also observed that he has some Introduction to Water Modelling registrants from neighboring New Mexico.

“So our reach has grown,” Escamilla said.

She sees opportunity in this, and especially the ability to record field work for future use and to increase the accessibility of TWRI’s work.

“Even when we have trainings in person, every now and then we’ll get a person who is mobility impaired and can’t get into the stream or can’t walk close to the creek, so then they are already missing part of it. So, it would be nice if we could get some video to which we can direct them. Then they could see it even if they can’t go out to the site.”

This has already started. Escamilla’s two remote Urban Stream trainings have been uploaded to the TWRI YouTube channel. The videos have already received several viewings in the short time they’ve been available.

“Now that we’re putting some of this online, maybe the next time Nathan and I go out into the field, we can record some of the field demonstrations so that we can post that as a video to actually show how we do a cross section or a pebble count, for example. Then it would be the full training,” Escamilla said.

“It hasn’t happened yet, but that’s a dream of mine coming down the pipeline.”