Coffee for the Rio Conchos, Jan. 21 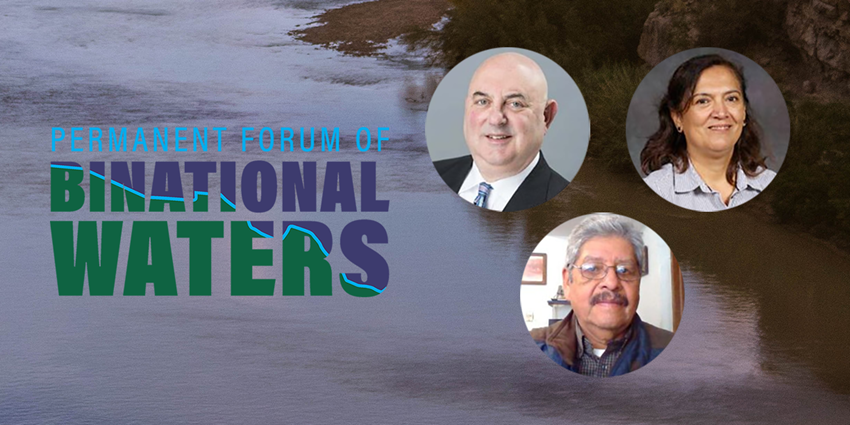 The Permanent Forum for Binational Waters (PFBW) is charging into 2021 with plans for more talks on transboundary waters. First up is the “Exploring the Rio Conchos” coffee break.

The free coffee break will be held via Zoom from 4 to 5:30 p.m. (CST) on January 21. The panelists are David Eaton, Ph.D., of the University of Texas at Austin Lyndon B. Johnson School of Public Affairs, Melinda Gutierrez, Ph.D., of Missouri State and Victor Ortiz Franco, Ph.D., of the Universidad Autonoma de Chihuahua. They will discuss the social, cultural and practical importance of the Rio Conchos to both Mexico and the United States and the unique concerns faced by this important tributary of the Rio Grande.

The event will be moderated by Samuel Sandoval Solís, Ph.D., associate professor and cooperative extension specialist at the University of California, Davis, and Rosario Sanchez, Ph.D., senior research scientist at the Texas Water Resources Institute and director of PFBW.

Sanchez explained that the Rio Conchos is of strategic value to both countries. Not only is the river the largest tributary to the middle and lower portions of the Rio Grande, which waters much of Texas agriculture, but its basin lies in the Mexican state of Chihuahua, one of Mexico’s biggest agricultural states.

“We want to focus on the Rio Conchos and what is going on in that basin in Chihuahua and try to explain why it is so important and what happens on the domestic level and the implications on the binational level and what can we do about it,” she said.

The social unrest in Mexico, especially in Chihuahua, related to the Mexican water deliveries to the United States under the 1944 Treaty that took place last summer showed the importance of local and social perspectives, Sanchez added.

“The Mexican federal government was not able to enforce the law because of the social pressure from the people in the state of Chihuahua. That showed us that, even with laws in place to govern water distribution, the social and cultural element can’t be ignored.”

The goal of the PFBW coffee breaks is to have relatively casual conversations between interested stakeholders to discuss topics important to transboundary water management. Coffee breaks feature speakers in both Spanish and English with live translation services.

Visit the PFBW website for more information and see past coffee break recordings.