Having grown up in a big city with a love for animals and the ocean, Pam Plotkin, Ph.D., built a career around sea turtles and marine conservation and restoration, which allowed her to travel widely in tropical environments and fulfill her childhood dream.

Plotkin became the director of Texas Sea Grant in 2011. She is also an associate research professor at the Texas A&M Department of Oceanography and a graduate faculty member for the Marine Biology program.

Plotkin's interest in studying animals began when she was very young. She grew up in Manhattan in New York City. There were not many animals around, but her passion for wildlife came from television.

“Back in the 1960s, there were some great shows that were on TV, and the one that I remember most vividly was called ‘Mutual of Omaha's Wild Kingdom.’ And you can actually still find it on TV today,” Plotkin said.

“I saw it a couple of weeks ago and giggled at just how old the technology was back then for filming wildlife, but every week, the host Marlin Perkins would go out into the field in some country and profile some animal and talk about the habitats where the animals lived and the animals and their status, and I just I loved every minute of it. And I knew that then, in my early years, that I wanted to work with wildlife.”

In addition to her love for wildlife, Plotkin also has a passion for the ocean. Growing up, her aunt had a house on Long Island where she spent summers on the beaches.

“I used to love just collecting shells and looking at the fish and the fish market and the crabs and lobsters and swimming in the ocean and all those sorts of things,” she said.

It was when she was an undergraduate student at Pennsylvania State University that Plotkin decided to combine her love for the ocean and wildlife. During her sophomore year, she found an opportunity to gain some job experience with an internship through a group called the Student Conservation Association. She ended up working in Texas at Padre Island National Seashore.

As she progressed through her undergraduate program, Plotkin realized that she needed a stronger background in marine biology if she wanted to continue sea turtle research. Since these classes were not available at Penn State, she applied to Texas A&M University for her graduate program and was accepted.

Sea turtles in the ocean

For her senior year, Plotkin took as many marine biology and invertebrate zoology classes as she could at Texas A&M and transferred those credits back to Penn State to complete her degree in wildlife science. As she continued with her graduate work, she took classes in biological oceanography and specialized classes focused on organisms that live in the ocean. Despite taking advantage of opportunities to learn about other organisms and aspects of the ocean, her interest in sea turtles remained.

“I was interested in how sea turtles interact in our ocean environment,” Plotkin said. “And I was very interested in looking at the influence of things like currents in the ocean, and how it distributed food and how sea turtles were distributed as a result of the different current systems and patterns that we have in the ocean. That really was what inspired me to take a lot of oceanography classes and to think about turtles more as an ocean animal than a land animal.”

She explained that when she was in school a lot of the researchers studying sea turtles were only studying them on land. When turtles come ashore, they are easy to access for data collection and observation. She was interested in learning more about turtles in their ocean environment, including how they interact with their ecosystems and other organisms, and what drives their behavior in the water.

Early in her research, Plotkin focused on the feeding ecology of loggerhead turtles in the Gulf of Mexico. Her work prompted the discovery of the loggerhead turtles feeding grounds, which were unknown previously because turtles were studied on land. Additionally, she studied marine pollution and its impact on marine organisms while working at the University of Texas Marine Science Institute. Her doctoral studies focused on the oceanic migrations of olive ridley turtles in the eastern Pacific Ocean, and afterward she continued to study sea turtle migration in Costa Rica, India, the U.S. Virgin Islands and the U.S. Atlantic coast.

Advances in technology have made it easier for researchers to study organisms in the ocean. But when Plotkin first began her research, the only way to conduct research in the ocean was through research cruises, which are expensive and limited by time at sea.

“I did get on ships, and I did go out to sea. And I did do research from those research vessels. And I loved it. The only problem is that I get seasick,” Plotkin said. However, she never let her seasickness get in the way of her lifelong dedication to sea turtles.

Saving the turtles in India

Another important opportunity Plotkin had during her last year of graduate school was to represent Texas in Washington, D.C., as a John A. Knauss Marine Policy Fellow. She said that it was one of the greatest opportunities in her career. When she was first selected, she was considering working as a scientist for the federal government as a possible career path. The fellowship gave her an opportunity to explore that path and help her decide on future plans.

“I was selected to go work for the National Oceanic and Atmospheric Administration (NOAA) and went to their Office of Protected Resources in Silver Spring, Maryland, and worked in their sea turtle program. And it was really an eye-opening experience for me about how policy and regulations are developed in the federal government,” Plotkin said.

She explained that she was given the opportunity to participate in anything she wanted during her time with NOAA and was encouraged to pursue projects she wanted to take on. One such project was something that she began prior to the fellowship, a research endeavor in India. As part of this project, Plotkin saw an opportunity to share NOAA technology with those in the fishing industry in India to help protect sea turtles.

Plotkin flew to India, where she met with several wildlife and fisheries managers and leaders along the Bay of Bengal coast. The fishers there were having problems with inadvertently catching sea turtles. Prior to her visit, fishers in U.S. waters were having the same issue, so NOAA had developed a turtle excluder device (TED) to solve the problem. A TED attaches to the top or bottom of a trawl net. It consists of a grid of bars that allow small animals, such as shrimp, to pass through. When larger animals, such as sea turtles, are captured, they strike the grid bars and are ejected. Learn more.

Plotkin’s visit to India resulted in NOAA sharing the TED technology with the fishing community.

“For me, it was a feel-good moment, because I felt like that one trip was going to make a difference for sea turtles in India,” Plotkin said. “But it was also a really great important lesson to me about how sometimes you just have to be in the right place at the right time and know the right people in order to get something done.”

Throughout her career, Plotkin has maintained her passion for studying sea turtles and working to make a difference for animals, people, and the environment. When she is not working, Pam enjoys spending time with her dogs. She also loves the outdoors, hiking, going to the beach, being on boats, and even just sitting on her porch.

As the director of Texas Sea Grant, Plotkin said that the best part of her job is making a difference for Texas's coastal and marine natural resources and Texas communities.

“We are part of NOAA, and we've got a lot of people on the ground living in coastal communities, really working hard to develop trust relationships and learn about the needs of those communities,” she said.

“We try to address the needs of those communities in a way that will help them and help our natural resources. It's selfless service, in many ways, and I like serving others and feeling like the work that I do at the end of the day has meaning and is making a difference.” 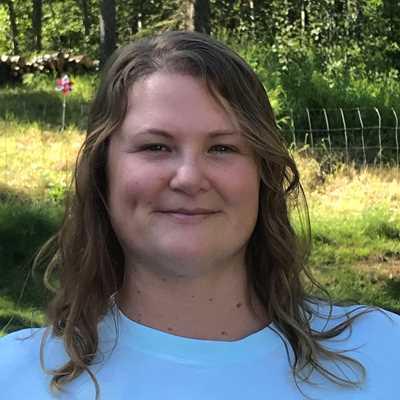