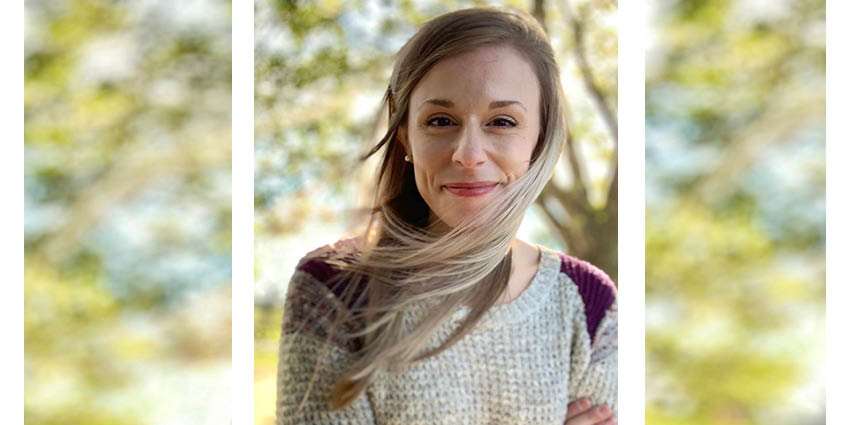 Jaclyn Robertson is a third-generation Aggie and the fourth generation to live on their family property in Milam County, Texas. Her strong connection to her community and deep Texas roots what motivates her work as an AgriLife Extension associate for the Texas Water Resources Institute (TWRI).

“As Texans, we value tradition and independence and I think that can be our greatest strength,” Robertson said. “Our state relies heavily on voluntary conservation efforts to maintain the integrity of our groundwater supplies.”

Robertson always hoped to work in Texas and serve her community, but she was not always sure how it would turn out.

After high school, Robertson moved from Texas to Maryland, where her husband was stationed after his second tour in Afghanistan. After spending a few years there, they both returned to Texas and enrolled at Texas A&M University to pursue their undergraduate degrees.

Robertson initially planned to get a degree in nursing, until she began reading about the different degree options on orientation day. “Renewable natural resources really caught my eye. I thought it was so cool. I didn’t even know that was something you could do,” she said.

That afternoon, before the semester started, she transferred into the department of ecosystem science and management.

During college, she became involved in the local groundwater district and was ultimately offered an internship at the Post Oak Savannah Groundwater Conservation District. Here, she worked as a conservation education intern and helped the district implement research-based strategies to develop effective community outreach stakeholder development programs.

Through this position, Robertson met members of the TWRI water team, who helped connect her to opportunities at TWRI that would allow her to continue the type of work she was doing at the groundwater district.

She started working for TWRI as a part-time program assistant. After a year, she then transitioned into her current full-time role as an Extension associate.

Although “no two days are the same,” her main responsibilities include helping organize conservation-based training programs for the community in support of groundwater conservation districts.

“One of the great things this program is able to provide is access to industry experts within AgriLife to provide hands-on water conservation training programs for the community,” Robertson said.

Forming connections with people in the ag community is a big part of Robertson’s role at TWRI. As a self-identified “bookie,” Robertson feels most comfortable working with on the technical side of things.

“Don’t laugh, but I really think my superpower is doing the boring stuff,” she said. “I spend as much time as I can reading up on the latest policies and research. It helps my work because I’ve sifted through so much information and then can share ways that conserving water can benefit landowners or producers.”

Robertson never pictured winding up in a career centered around building personal relationships. She describes it as both the most rewarding and challenging aspect of her job.

Robertson’s upbringing helped her understand the needs of the community and shaped her understanding of conservation. “My grandfather works on our family property every day,” she said. “I can see the things he does, what he needs, and what would help him, and it really is what gave me the passion to find ways to do that with other people.”

“Most of the decisions about our ranch are centered around doing things that will help avoid having greater difficulties in the future. Oftentimes, conservation sounds a lot like having to give something up, but I see it as something that has the potential to help you now and later.”

Most of Robertson’s programs have completely shifted to online platforms, meaning Robertson has had to adjust many of her outreach techniques to work in virtual spaces. “We have a really diverse audience and we’re trying to find ways to connect with them, which can be especially challenging when you are trying to do it through a screen.”

From her experiences, she’s found the best way to build genuine connections is to focus on shared values. “In the end, we almost always have things in common and are already connected by the love for our families and the land that supports us, with water at the heart of sustaining both.”

While the COVID-19 lock-down has created some obstacles for Robertson’s professional life, it has given her the opportunity to nurture her family relationships. One she has been doing this is by restoring a house built by her great-grandparents in the 1930s.

Robertson said working on her family’s home has allowed her to connect with her family in a more intimate way than ever before. “When you are together, face-to-face, there’s always a million things going on, but when I’m sifting through things in the house, I can really focus on what I’m looking at.”

One day, as she sifted through some of her grandparents’ and great-grandparents’ belongings that were left in the house, she unexpectedly found a record player with several records. The first record she picked up and played was the song, “I Want To Be With You Always,” by Lefty Frizzell. She played the song and the lyrics immediately made her feel connected with her family.

“By running into little things like this, and I’m learning about how they lived on a day-to-day basis and I’m understanding what mattered to them and what didn't based on what they kept throughout their lives.”

The record now hangs on a wall in her home.

Working from home has also given Robertson more uninterrupted time to spend with her family members. “Whether it’s harvesting potatoes or having lunch in the driveway, I’ve loved the time I’ve gotten to spend with my family,” she said.

She’s especially grateful for the time she spent with her grandmother, Meemaw, who passed earlier this month. “I was able to see her every single day and for that, I’m so thankful to have been able to work from home this last year,” she said. 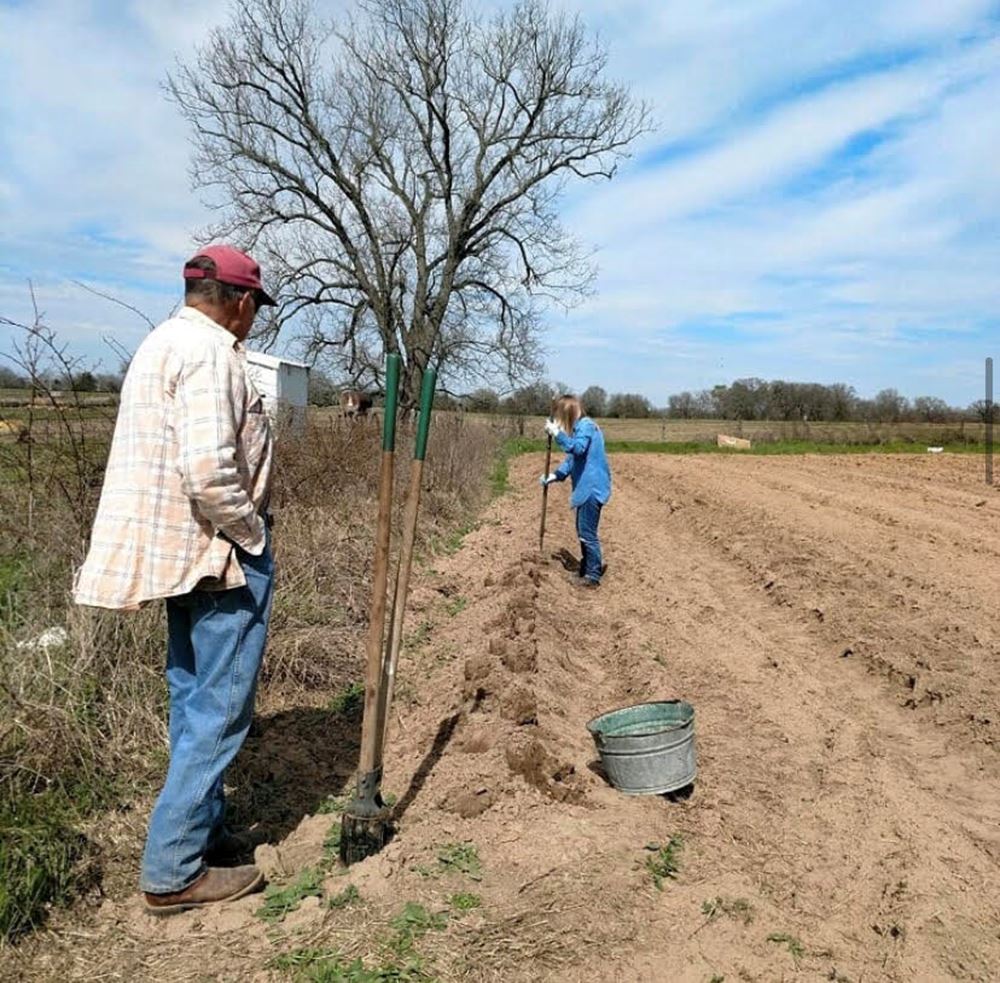