Who owns groundwater in Texas?

Landowners in Texas own the water beneath their property. Moreover, recent case law makes clear that a landowner owns not only the water that emerges from the ground, but the water in-place underground as well. This is in sharp contrast to surface water, which is owned by the state of Texas in trust for the public and may only be used after a permit is obtained.

What does the rule of capture mean?

The rule of capture is the governing principle of Texas groundwater law. The rule of capture essentially provides that because a landowner owns the water beneath his property, the landowner has the right to pump as much water as he wishes even at the expense of his neighbor.

Under the rule of capture, a landowner needs no permit to drill a well and pump groundwater, and he may pump as much water as he may beneficially use even if that causes his neighbor’s well to go dry. He may also sell the water withdrawn from the ground for use at any location. What is the remedy for a neighbor who is worried about his well going dry? Drill a bigger/deeper well. In light of this, many refer to Texas groundwater law as the “law of the biggest pump.” Two important limitations on the rule of capture, however, modify this general principal and are discussed below.

Does the rule of capture mean landowners can pump as much water from beneath their land as they want?

Absolutely not, and this is something that is very important for Texas landowners to understand.

Although a landowner owns the water beneath his or her property, this does not give the landowner the right to capture a specific amount of groundwater, nor does it allow the landowner to commit acts that result in waste or subsidence. The exceptions fall into two categories.

Legislative exceptions: Due to a constitutional amendment in 1917 known as the Conservation Amendment, the Texas Legislature must preserve and conserve all of Texas’ natural resources, which includes regulating the drilling and pumping of groundwater. The Legislature decided that the “preferred method of groundwater management” in Texas is through local groundwater conservation districts (GCDs). These GCDs are able to enact rules and regulations, including requiring permits, metering and limitations on the amount of water that may be withdrawn in their area.

What is the most important information landowners should know about laws regarding groundwater and their land?

I believe the most critical point is to understand whether they are covered by a GCD, and, if so, they must understand the rules of the district. Because each GCD across the state has its own rules and regulations, the laws regarding groundwater vary greatly across the state. For example, some districts limit the amount of water that may be produced, while other districts do not have limitations. Some districts require metering and reporting of water usage; others do not. Finally, certain wells may be drilled without obtaining a GCD permit in one district but would be improper without a permit in a different district.

Can landowners sell their groundwater?

Yes. Texas landowners are permitted to sell, lease or transfer groundwater rights to whomever they choose, including other landowners, corporations or even cities.

Importantly, GCDs may have requirements specifically for transfers of groundwater outside of the district’s boundaries. These requirements include requiring a permit from the district before a transfer can be made, production limits and transfer fees or taxes. Further, water purchasers must still comply with the GCD rules for the area where the water is pumped, regardless of where the water will be eventually utilized.

These two recent cases are extremely important with respect to groundwater ownership in Texas.

In 2012, the Day case affirmed the principal that a Texas landowner owns the water in-place under his property. In that case, two farmers owned land south of San Antonio and applied to the Edwards Aquifer Authority (EAA) for a permit for their existing water well seeking to pump 700 acre-feet per year. EAA granted a permit to pump only 14 acre-feet per year. The farmers filed suit claiming that the permit denial constituted a taking of private property, asserting an ownership interest in the groundwater beneath their property. The Texas Supreme Court sided with the farmers, finding that groundwater in-place is owned by landowners, and, as such, it constitutes a property right for which just compensation must be paid if the regulations constitute a taking. This case was the first express recognition by the Texas Supreme Court that landowners owned not only water that they produced from beneath their land, but also water that remains in place beneath their property.

The Bragg v. Edwards Aquifer Authority case was just decided by the San Antonio Court of Appeals in August 2013 and is essentially a logical extension of the Day opinion. This case involved a Texas pecan producer who purchased land prior to the creation of EAA. Bragg planted two orchards in the 1980s. The first was irrigated with groundwater, and the second by other means. After EAA was created, Bragg sought permits to irrigate both orchards with groundwater by drilling a well for the second orchard and producing more water to irrigate the first. EAA denied the requested permit for the second orchard in its entirety and granted only the amount of water historically used for the first orchard. Bragg filed suit. The Court of Appeals found in favor of Bragg and held that the denial of the permits constituted a regulatory taking for which the landowner should be paid just compensation. This case illustrates that if regulations on groundwater owners go too far, a taking may occur, forcing payment to the landowner. EAA has filed a notice of appeal in the Texas Supreme Court seeking further appellate review of this decision. 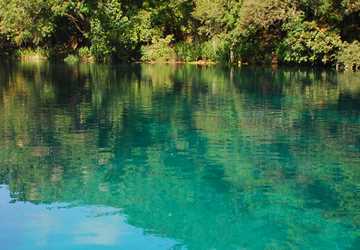 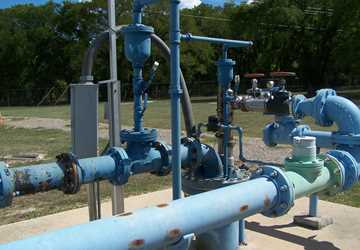 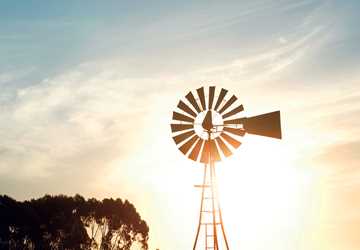 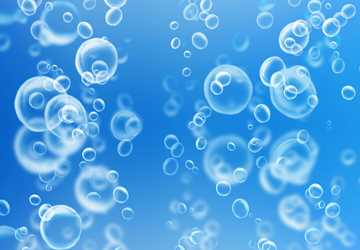 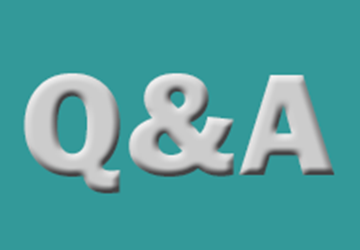