More than 10 years ago, the Texas Bacterial Source Tracking (BST) Program began filling a need in the state’s water quality efforts that no other program was pursuing: in-stream measurements of the specific human and animal sources of bacterial nonpoint source pollution in local watersheds.

Source surveys estimated the numbers and distributions of livestock and humans in a watershed, but they could not assess most wildlife species or how bacteria move within waters. Computer modeling addressed bacteria transport issues, but because wildlife populations are rarely known, models were unable to adequately assess wildlife contributions.

However, thanks to a group of researchers from Texas A&M AgriLife Research, the Texas Water Resources Institute (TWRI) and the University of Texas School of Public Health (UTSPH), bacterial pollution sources in watersheds can now be characterized more precisely, and therefore restoration efforts can take more targeted and effective approaches.

“BST is able to evaluate wildlife contributions, along with other major sources, and the impacts of transport because BST uses in-stream water samples for its assessment,” said Dr. Kevin Wagner, TWRI associate director. “It has been incredibly helpful in every watershed where we’ve used it.”

When a local water body doesn’t meet water quality standards, the most common methods the state of Texas uses for developing plans to restore water quality are either a total maximum daily load (TMDL) paired with an implementation plan or a watershed protection plan (WPP).

TMDLs study and describe the point and nonpoint sources of pollutants affecting a water body; the maximum amount of pollutants the water body can receive daily and still meet standards for its uses; and the reductions needed, if any, from each pollutant source. WPPs are locally developed, comprehensive plans that implement water quality protection and restoration strategies. WPP stakeholders holistically address the causes of impairments and threats to the watershed.

“It’s very important to have stakeholder involvement from the beginning,” said Dr. George Di Giovanni, professor at the UTSPH El Paso Regional Campus. “That not only helps with community support for the project, but also with sample collection, because accessing many water bodies requires permission to be on private property.”

Source tracking field work then begins with frequent monitoring of E. coli levels at water monitoring stations throughout the watershed, Di Giovanni said. E. coli is the state’s indicator bacteria of choice for evaluating the suitability of freshwater water bodies for swimming and other recreation. Samples are usually collected monthly for one to two years to gain a better understanding of the water quality and how it may change seasonally and with a variety of flows, Wagner said.

It’s very important to have stakeholder involvement from the beginning. That not only helps with community support for the project, but also with sample collection, because accessing many water bodies requires permission to be on private property.

At the same time, project personnel conduct a survey of the watershed for potential pollutant sources and collect known-source fecal samples in the watershed from wildlife, livestock operations, wastewater treatment plants, septic systems and other sources.

The premise behind BST is that DNA fingerprinting can identify species-specific bacterial strains since each species has different diets and digestive systems with distinct bacterial strains. This distinction allows the original source of the fecal contamination to be identified.

“Landowners are sometimes concerned about source tracking and ask, ‘Are you going to tell me that all this E. coli bacteria is coming from my cattle and not so-and- so’s?’” Di Giovanni said. “But that’s not what we’re doing; we’re looking at general source classifications — cattle, avian wildlife, nonavian wildlife, human, etc.”

E. coli bacteria found in water samples from the local water bodies are then cultured in a lab and analyzed using DNA fingerprinting. E. coli  bacteria from the known-source fecal samples collected in the watershed are also DNA fingerprinted. Then, by comparing those two results, the sources of E. coli in that watershed are identified.

“The BST methods that we employ are similar to those used by industry and public health officials to identify microbial sources following process contamination or disease outbreaks,” said Dr. Terry Gentry, associate professor in Texas A&M University’s Department of Soil and Crop Sciences. “Many BST methods have been developed over the past two decades, but we focus on methods that have been both published in the peer-reviewed literature and validated using samples from Texas watersheds.”

In 2002, scientists from TWRI and AgriLife Research were tasked with helping address water quality impairments in the Lake Belton and Lake Waco watersheds to support TMDLs being developed there. After getting input from local and regional stakeholders, the researchers began using the BST approach there and collected E. coli samples throughout the watershed in 2003.

Many BST methods have been developed over the past two decades, but we focus on methods that have been both published in the peer-reviewed literature and validated using samples from Texas watersheds.

“We used a BST approach to identify the human and animal sources impacting the lakes,” Di Giovanni said. “Then we began to build analytical equipment infrastructure, and we started to build a watershed-specific E. coli library for that project.

“At the time, one of the weaknesses in most other TMDL approaches was that nonpoint sources of pollution were a significant but uncharacterized component of fecal pollution loading into water bodies,” he said.

Nonpoint source pollution is all water pollution that does not come from point sources. Point sources are regulated, end-of-pipe outlets for wastewater or stormwater.

BST technology allowed the researchers to further identify sources within the nonpoint source category. These specific sources include birds, other wildlife, cattle, other livestock, leaking septic systems, wastewater treatment plants and other issues.

“Before BST, many computer models attributed much of the bacterial contributions to cattle, because that was one of the few sources there was good data on,” Wagner said. “But BST helped us confirm what many landowners suspected, that cattle were only part of the contributions; on average, cattle contribute about 13 percent of E. coli in the rural watersheds studied to date.”

One surprising finding of that initial project was that wildlife were a significant contributor of pollution, Di Giovanni said. Their research showed that 40 to 49 percent of the E. coli bacteria came from wildlife sources in lakes Belton and Waco watersheds, followed by cattle and then humans.

“And those high wildlife levels have been a finding in almost every study we’ve done,” he said. “Wildlife contributions are much higher than previously thought.”

“Having this more complete data helps us increase trust with stakeholders and really helps us with communications during implementation efforts,” Wagner said.

Following the success of the Lake Belton and Lake Waco project, in 2006 the Texas Commission on Environmental Quality (TCEQ) and TSSWCB established a joint task force to identify the best, most cost-effective and time-efficient tools for developing bacteria TMDLs. The task force examined BST methods and recommended BST best practices to the state, and TSSWCB began funding the Texas BST Program, led by Di Giovanni, Gentry and Wagner.

Having this more complete data helps us increase trust with stakeholders and really helps us with communications during implementation efforts.

“The library has grown through subsequent studies,” Di Giovanni said. “We’ve completed 18 studies in 14 different watersheds across the state, and we’ve certainly expanded and refined the library quite a bit.”

The Texas BST Library now contains more than 1,500 E. coli isolates obtained from more than 1,300 different domestic sewage, wildlife and livestock fecal samples. These isolates, which represent more than 50 animal subclasses, were selected after screening several thousand isolates from the studies conducted throughout Texas over the past decade.

In early projects, the BST team could only identify sources through comparisons with known-source fecal samples from that project, but now the library makes the source tracking process more efficient and accurate.

The research team won a 2007 Texas Environmental Excellence Award in Agriculture for its work, as well as the 2014 Texas A&M College of Agriculture and Life Sciences Dean’s Outstanding Achievement Award for Interdisciplinary Research.

“One of the reasons the BST Program has been so successful is that it represents a true collaboration between multiple researchers, universities and agencies across Texas,” Gentry said. “The extent of this collaboration gives stakeholders greater confidence that the BST results will be helpful for identifying and ameliorating issues in their watersheds.”

Water quality is a challenge in urban watersheds, and there is much more of a potential impact from human-derived sources.

Moving forward, the program is looking to help with water quality efforts in urban watersheds, he said.

“We’re really turning our attention to try to do more of this work in more urbanized settings,” he said. “In predominately rural watersheds, wildlife contributes about half of the bacteria. We’ll see if that differs in urban settings or not.”

“Water quality is a challenge in urban watersheds, and there is much more of a potential impact from human-derived sources,” Di Giovanni said. “We need to take a close look at that and see if we can identify controllable sources.”

“As we continue to address water quality issues in Texas, the BST Program is always available to provide local entities with guidance and assistance in performing BST for watersheds,” Wagner said. “BST has been tremendously helpful in identifying significant bacterial sources throughout Texas.” 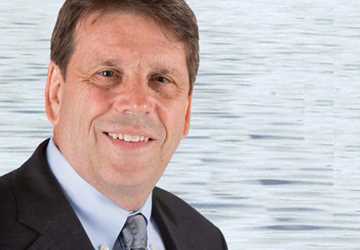 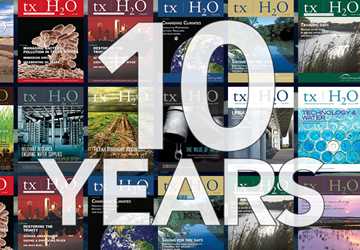 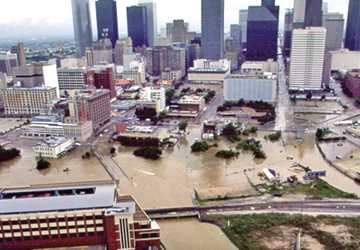 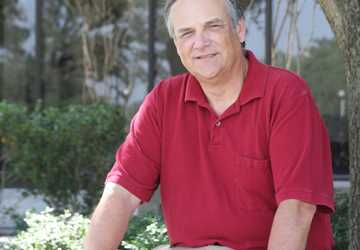 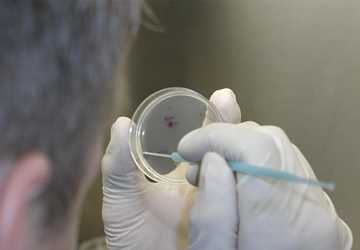 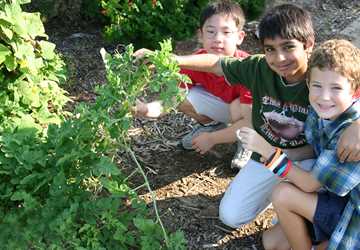 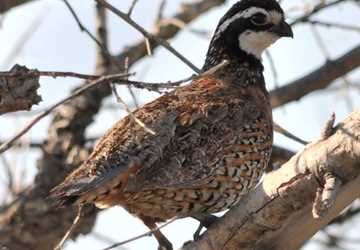 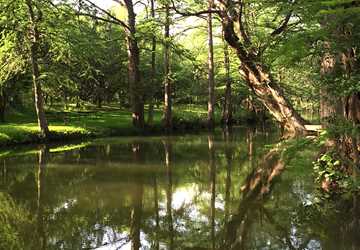 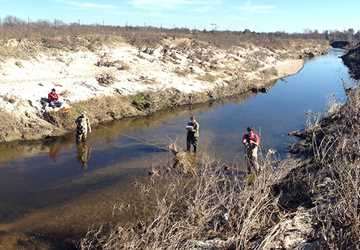