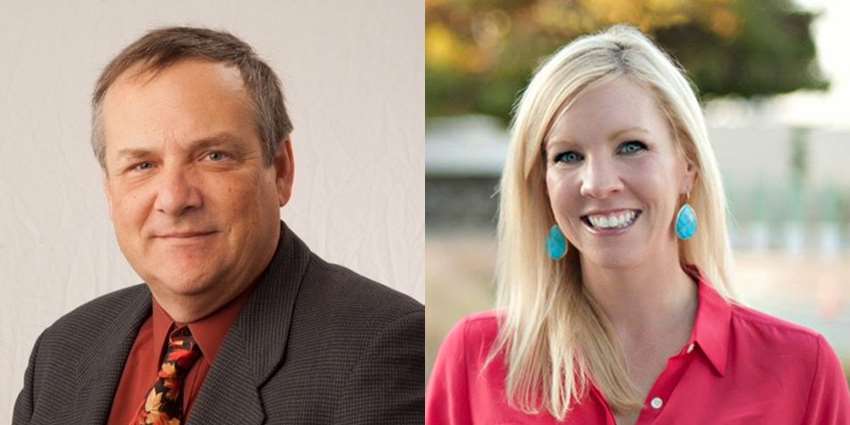 “The conference was a chance to learn about what is going on in other states in the region to improve adoption of successful water management practices,” said Dr. Diane Boellstorff, AgriLife Extension water resources specialist and associate professor in Texas A&M University’s Department of Soil and Crop Sciences.

Keynote speaker and Texas State Climatologist John Nielsen-Gammon gave an overview of the climate outlook for the southern region of the United States to the audience of farmers, ranchers, agricultural professionals, researchers, agency representatives and students.

He said the intensity of rainfall is increasing faster than the total amount of rainfall.

Once it has rained, or flooded, Nielsen-Gammon said climate affects what the atmosphere is taking away from the land surface. “If you get higher temperatures, you have greater evaporation,” he said, reporting that temperatures have increased about 3 degrees Fahrenheit since 1975.

However, Nielsen-Gammon said there's a lot of other things that are going to affect evaporation.

“For example, more carbon dioxide actually cuts down on the amount of transpiration from plants,” he said. “That means they don't need to lose as much water vapor into the atmosphere and consequently, they're not going to be depleting water from the soil as rapidly.”

Nielsen-Gammon said hotter temperatures are a side effect of plants producing less transpiration. “Temperatures are increasing and are projected to increase faster over land than over water because the plant cover isn't going to be as robustly pumping water into the atmosphere as it used to be.

“Unfortunately, with each location in each situation, there's a different answer to what we expect will happen with climate and its consequences for water use and water demand,” he said.

As the second keynote, Brooke Paup, Texas Water Development Board (TWDB) member, said Texas is growing at an extremely rapid pace, adding that the Texas Comptroller’s office estimates that the state is growing by almost 1,200 people a day. This growth is putting strain on the state’s resources, including its water infrastructure.

Paup said, however, the water demand for irrigation is projected to decline by almost 2 million acre-feet by 2070, according to long-term projections in the plan.

“That's a tribute to most of you in this room today for the ingenuity and stewardship of the people who are actually working on conservation methods,” she said.

“That is the Legislature realizing that the ag community needs more resources for water conservation,” she said. “This means that the projects we can fund can be larger than what we've done in the past, and we can fund more so we can get more grant dollars out to help the rural communities.”

In addition to the keynote addresses, concurrent workshop sessions were held so attendees could hear of ongoing programs in various water areas and solicit input on their own efforts. Workshop topics included:

The conference was supported in part by the U.S. Department of Agriculture National Institute of Food and Agriculture under award number LS18-288 through the Southern Sustainable Agriculture Research and Education program.