Laying the groundwork for transboundary groundwater 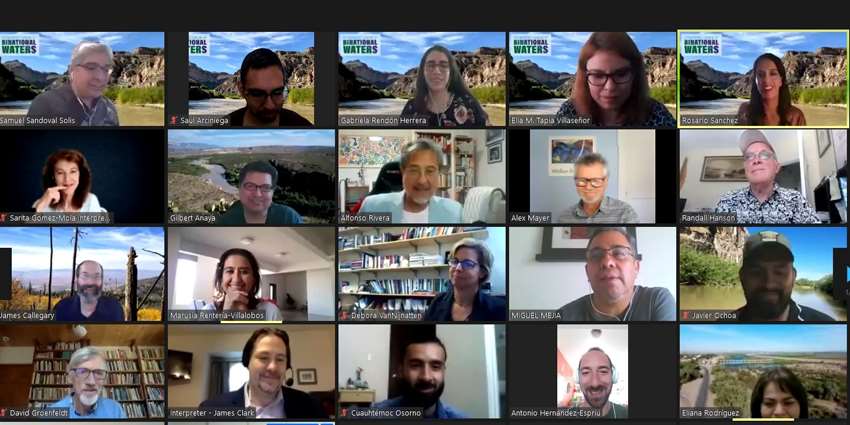 There are a lot of firsts going on related to water at the U.S.-Mexico border.

On October 14-15, the Permanent Forum of Binational Waters hosted its first conference, titled “U.S.-MX Transboundary Groundwater Conference: Innovation and Creativity: Strategies for Unprecedented Challenges.” The virtual event brought together researchers, policymakers, leaders and interested stakeholders from both the U.S. and Mexico to discuss innovative management strategies to assess current and future transboundary groundwater issues between the two countries.

The conference was a first for the Forum, but it was also the beginning of something that might help set the groundwork for groundwater management in the future.

“There were three main outcomes from the event,” said Rosario Sanchez, Ph.D., director of the Forum and senior research scientist at the Texas Water Resource Institute.

“One was the documents,” she said, referring to the event’s final report. “The second is we are going to work on a peer-reviewed publication out of this with moderators and speakers. And the third is a binational groundwater task force.”

Sanchez explained that the idea for the task force came up on the second day of the conference during the panel on transboundary groundwater management models.

“Not just numerical models, but actual management models; something to guide people working on answering the question ‘what are the priorities related to groundwater?’”

Since the conference, a call for participants has gone out for the task force. The Forum describes the proposed task force’s mission as being “to define the objectives and priorities of the Forum and the scientific community in general in matters of transboundary groundwater, both in research and social scope, institutional and communication to the different sectors of society.”

The proposed task force’s objectives would be three-fold: define the values related to groundwater in the borderlands of the U.S. and Mexico, identify current and likely threats to those values, and identify and rank priorities related to the binational transboundary groundwater resources.

“That’s the third outcome of the conference but I think it’s the most important one,” Sanchez said.

In addition to the results of the conference, including the conception of the task force, the event itself exceeded expectations, according to Sanchez, and set some groundwork for more transboundary water work ahead.

Due to the COVID-19 pandemic, the event was held remotely via Zoom. While this came with the stresses and novel logistics of technology, Sanchez said that the online setting allowed for the meeting to be more truly binational than if it had been held in person. The conference — like past Coffee Breaks — had professional translation services for both Spanish and English, allowing all participants to hear the presentations and experience the event in their preferred language. Additionally, the turnout was far more evenly split between the two countries.

“When you have an in-person conference, you usually get a lot of people from the host country,” Sanchez explained. “But with this conference, it was almost 50-50 in attendance.”

“The feedback we have had is really good; things like, ‘this is the best online event I have attended,’” Sanchez said.

The Forum has a few upcoming events planned, including the first of its new “Science Talks” series; Women, Science and Water in the US-Mexico Border. The talk will be held Monday, Nov. 16 on Zoom at 4:30-5:45 CT.