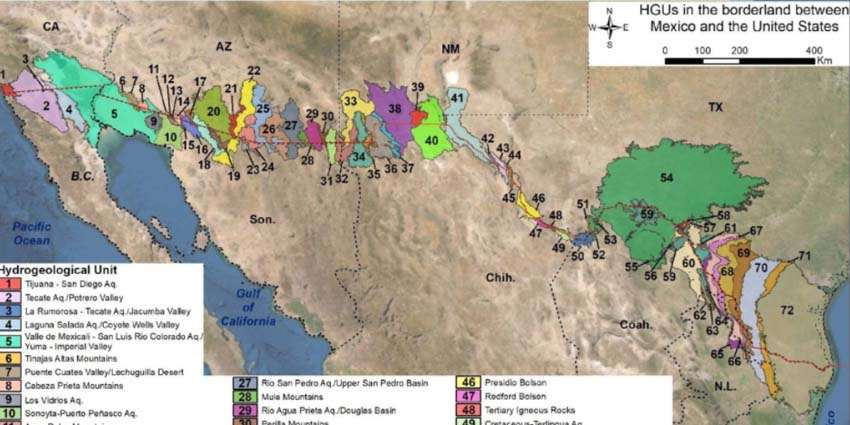 On Sept. 15, the Middle East Water Forum (MEWF) and the Centre for Sustainable Solutions in Practical Hydrology (CSSPH) hosted a simulated negotiation between two fictional countries over a shared transboundary river-aquifer. The purpose of the exercise was to improve peoples’ understanding of the issues of transboundary water management and add to the body of information on how water-related negotiations can occur between two countries.

“The idea is that this kind of simulated negotiation can help countries to progress towards improving their negotiation skills,” explained Shammy Puri, the simulation’s moderator and director and founder of CSSPH.

“By conducting this kind of seminar, we will provide information which will help people to progress the effort [of transboundary negotiation] further,” he said.

The scenario of the simulated negotiation featured a pair of fictional neighboring countries, Hilli’stan and Valli’stan, that depended on the same river and aquifer.

According to the scenario, the two countries share a river and aquifer system, with the headwaters of the river being in the mountains of Hilli’stan. Hilli’stan wished to expand its well fields to meet public water needs, while the downstream country of Valli’stan wished to expand its irrigation of valuable cotton crops. The scenario was complicated by issues of a proposed dam site that could generate hydroelectricity, a wetland area supporting indigenous populations, occupied territory from past disputes, and potentially illegal informal water wells.

Sanchez represented the fictional country of Hilli’stan as its negotiation team’s technical expert.

“The reason we are here today is that we recognize that we share a system,” said Sanchez in her opening remarks in her simulated representation of Hilli’stan. She added that the river-aquifer system can be managed better if the two neighboring countries did it together.

The fictional country of Valli’stan was represented by Karen Villholth, Ph.D., principal researcher at the International Water Management Institute in France, as its technical expert. Otto Spijkers, Ph.D., professor of international law at Wuhan University in China, represented Villi’stan as its legal advisor.

The participants engaged in the simulation representing the interests of their respective fictional countries. Discussion started with the outlay of each country’s goals going forward and rapidly turned to the specifics of each country’s needs and concerns related to specifics, including the potential dam, the issue of the occupied territory, the potential illegal wells, and the needs of the indigenous population. While both countries agreed relatively quickly that there should be more information gathered about the situation, disagreements arose related to the nature of how such an agreement or information gathering effort should be conducted.

The full webinar, including the simulated negotiation, can be viewed online here.

Puri said that the way the simulated negotiation went was pretty typical of the way transboundary negotiations often go.

“This was a very instructive exercise in understanding, in a simulation sense, how countries might negotiate and come to some point of agreement,” he said. He also pointed out that the simulation proceeded much faster than real world negotiations do.

A follow-up webinar has been tentatively scheduled for Oct. 27. For more information, visit either the MEWF or CSSPH sites closer to the date. The follow-up event will take place within the simulation scenario five years after the initial negotiation took place. This sort of time jump within the fictional scenario will better represent the usual span of time that real-world water negotiations take.

Sanchez stressed the importance of these sorts of simulated negotiation exercises.

“They exemplify not just the magnitude of the complexity of physical systems at transboundary level, but also the societal, legal and economic variables involved, not to mention the role of individual personalities and diplomatic skills required to maintain a constructive dialogue despite differences,” she said. “Everybody should be trained for water negotiations these days.”