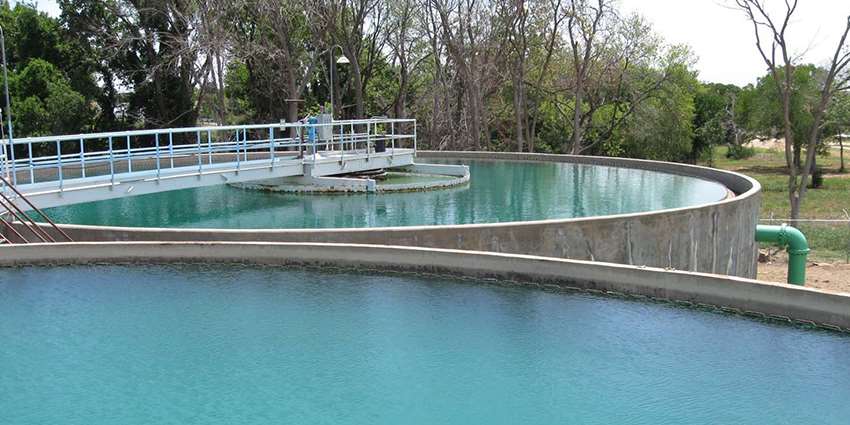 A lot goes into making water safe. Before drinking water reaches the tap, and after wastewater leaves a building, water goes through series of filtration systems that remove the “big” stuff. But that is not the end of the system; disinfection is a key part of keeping the water system safe.

“At a very late stage, when all the nutrient and organics have been removed by either the physical, chemical and biological processes, you’re still left with some bacteria,” explained Kung-Hui “Bella” Chu, Ph.D., Texas A&M University professor in the Zachry Department of Civil and Environmental Engineering.

“Typically, in the U.S., utilities are still using chlorine,” Chu said, noting that it is among the easiest and least costly disinfection strategies. “So, we add chlorine to wipe out all the bacteria, including pathogens, that might be present.”

Chlorine has been used to disinfect water in the U.S. for more than 100 years. The Environmental Protection Agency maintains standards for its use and removal from water before it is either sent to people as drinking water or sent back into the natural water system as treated wastewater, or effluent.

Chlorine used in water treatment systems comes in several different formulations. The most common are elemental chlorine (chlorine gas) and sodium hypochlorite (bleach). Other forms of water disinfection, such as ozone and ultraviolet (UV) light, are also used in the U.S. but are not as common.

According to a 2017 report by the American Water Works Association (AWWA), a nonprofit society of scientific and educational water management groups, 70% of utilities responding to an AWWA survey used “free chlorine” (chlorine gas or bleach), roughly 20% used chloramines, and 7% used “alternative disinfection strategies including ozone, UV light and chlorine dioxide.” These alternative strategies have been growing in usage, with AWWA reporting that responding utilities voiced interest in expanding their use.

Where does the chlorine come from?

The COVID-19 pandemic has shown how important the supply lines are and how industries can be crippled if supply lines get disrupted, particularly if they require imports from other countries.

When it comes to chlorine, however, Americans can rest easy.

“There are no data on chlorine imports specifically for water treatment; however, if only 1.6% of all domestic chlorine consumption was imported, it is reasonable to assume only a fraction, if any, of those imports would go to water treatment,” Nordgren said in the statement.

However, there has been a growing trend of on-site chlorine generation, usually in the form of sodium hypochlorite. This allows utilities to control their disinfectant needs more tightly without the need to ship chlorine. It does come with increased cost, since the water treatment plant essentially has a small chlor-alkali plant on site. This requires both a chemical engineer to manage the process and the associated safety precautions of a chemical plant.

On-site chlorine generation also requires the shipment of feedstocks, particularly salt to make the necessary brine. According to the U.S. Geological Survey, the U.S. is second behind China for salt production in the world at 42 million tons. Despite this high production, the U.S. still imported salt from other countries. In 2019, an estimated 29% of salt used in the U.S. was imported. Top import countries included Chile, Canada and Mexico.

The state of Texas’ water treatment systems looks a lot like that of the rest of the country; some municipalities are just using chlorine, some use a variety of disinfection strategies, and some are moving to on-site generation of chlorine. The Texas water utilities interviewed for this story also reported their chlorine and disinfection supply lines are overwhelmingly local.

“The majority of our chlorine is manufactured domestically, with shipments typically originating out of the Gulf Coast states,” said Sally U. Mills-Wright, assistant director of the Dallas Water Utilities, responding to questions in a prepared statement.

“On extremely rare occasions, due to manufacturing-related issues, we have received shipments manufactured in Canada.”

“Dallas receives LOX shipments that typically originate in Texas with ammonia shipments originating out of Texas and Oklahoma,” Mills-Wright said.

Austin has been moving to incorporate more on-site sodium hypochlorite generation, according to Chris Graf, supervising engineer for Austin Water. The newest Austin plant, the Handcox Water Treatment Plant, was built in 2014 with an on-site system. The city has plans to convert the other two plants — the Davis and Ullrich Water Treatment Plants — to on-site generation as well.

“We get sodium chloride (salt) delivered into the plant. We use a specific grade of salt and our lab tests the quality to make sure it is acceptable. The salt is used to create a brine, and from there we use the generation system to produce sodium hypochlorite at a 0.8% solution, so it’s very dilute as compared to commercial bleach.”

“It is different for every municipality. You have to factor cost against the safety element,” she said. “Everybody has to look at their own individual needs. I think for Austin, we really looked hard at that and are doing the best we can economically, but also incorporating that safety factor too.”

“As public servants, we serve,” she said. “We want the best of all worlds for our citizens.”