For years, natural resources professionals have worked to bridge the gap between research and application by establishing proven best management practices (BMPs) that benefit farms, ranches and working lands as well as improve water quality and quantity.

But what motivates some landowners to adopt these practices while others do not?

In his research, Kreuter has observed that although education is important in motivating the land manager, the answer isn’t always just more education. “So often, the conclusion drawn from research about human actions is that you just have to educate them,” Kreuter said. “But education doesn’t inevitably lead to behavior change. Putting the message out is important, but more important is getting people engaged.”

Kreuter has found that engaging land managers through prescribed burn associations often leads to the successful implementation of one particular BMP: prescribed fire, which restores and sustains healthy rangeland ecosystems. Without periodic fire, woody plants such as the invasive Ashe juniper can overtake rangelands, crowding out herbaceous or nonwoody plants, Kreuter said.

Herbaceous plants, including grasses and forbs, are important because they can inhibit the flow of water over land, therefore improving water infiltration into the soil and helping reduce soil erosion from runoff. “Maintaining that herbaceous component is really critical for maintaining water filtration through the soil and, therefore, water quality, especially in limestone aquifers that supply water to San Antonio, Austin and other towns in the Texas Hill Country,” he said.

But education doesn’t inevitably lead to behavior change. Putting the message out is important, but more important is getting people engaged.

On the other hand, increasing concentrations of Ashe juniper is detrimental to healthy grasslands and savannas, Kreuter said. “Ashe juniper has a leaf structure that, unless rainfall is heavy, intercepts a tremendous amount of the rainfall, and the rain is evaporated back into the atmosphere and never gets to the ground,” he said.

Although fire was previously used in the United States, during the last 200 years many owners and managers worked to keep fire off their land because fire was thought to destroy valuable forage for livestock, Kreuter said. Today periodic prescribed fire is increasingly recognized as necessary for maintaining healthy rangelands and reducing fuel loads that, under the right conditions, can lead to catastrophic wildfires.

The question Kreuter and his graduate students have tried to answer is how to get more landowners to realize the benefits of prescribed fire as a land management tool and reintroduce it on a large scale.

What they found is that the perception of the riskiness of applying fire and other people’s perceptions of fire are barriers to land managers adopting the practice.

In recent history, largely because of the Smokey the Bear campaign, Kreuter said, the public has seen fire as unacceptable because it is dangerous. “This mindset has to change,” he said, “from ‘fire is bad’ to ‘fire is necessary.’”

Kreuter said people often think of fire as dangerous, but as their experience with fire increases, perhaps by participating in prescribed burns with other landowners, their perception of risk changes dramatically and they are more likely to use prescribed fire as a BMP.

Research by David Toledo, one of Kreuter’s graduate students, found that changing the attitudes of people who influence landowners’ behavior and decisions is equally as important as providing opportunities for gaining experience.

“The key thing of a prescribed burn association is it provides experience and comradery. It also provides a dynamic where landowners really start working together.”

Prescribed burn associations help overcome these barriers by providing landowners with both the needed experience and peers’ acceptance of fire as a beneficial practice, while creating a vehicle where people can become engaged together, he said.

“The key thing of a prescribed burn association is it provides experience and comradery,” he said. “It also provides a dynamic where landowners really start working together.”

Dr. Jennifer Peterson became interested in understanding factors influencing the adoption of BMPs through her participation in the Lone Star Healthy Streams program. As former statewide coordinator of the program, Peterson worked with private landowners to educate them about various land management practices to protect water quality and about technical and financial assistance programs that exist to help them.

Peterson, who recently completed her doctorate and is now executive director of Rocky Mountain Field Institute, a nonprofit organization in Colorado Springs, Colorado, chose to research why some Texas beef cattle producers were not adopting the practices promoted through Lone Star Healthy Streams despite the financial assistance programs and the known water quality benefits of the practices. She also hoped to provide recommendations to federal and state natural resource agencies to enhance adoption of BMPs to protect water resources.

Out of the 779 completed surveys, Peterson found that about 89 percent of Texas beef cattle producers were adopting at least one BMP.

Peterson’s research also seemed to suggest that engagement — through providing information, demonstrations or one-on-one contact — is important to landowners adopting BMPs. The biggest barrier for those ranchers not adopting water quality BMPs was that they did not believe they had enough information.

“Not having enough information is very telling,” Peterson said. “What that means is if you are Texas A&M AgriLife Extension, there still appears to be some level of disconnect that needs to be filled. What we proposed from this is Extension and the Natural Resources Conservation Service (NRCS) need to work together to have landowners understand the importance of these BMPs and how they are going to work.”

Research has shown if they can see the demonstration working, they are more inclined to go back to their property and install a similar practice. So there has been a big push within Extension with implementing basic demonstration of these practices on the ground so farmers and producers can come and visually see that is how it works.

Other barriers cited by the ranchers included the practice costing too much out-of-pocket and the rancher not being able to see a field demonstration.

Peterson said that not just her research but also other studies have shown that engaging producers through field demonstrations is important. “Research has shown if they can see the demonstration working, they are more inclined to go back to their property and install a similar practice,” she said. “So there has been a big push within Extension with implementing basic demonstration of these practices on the ground so farmers and producers can come and visually see that is how it works.”

The biggest reason given was that there were too many requirements for government programs, Peterson said. They were also worried about interference from the government, that the application was too time-consuming and that the practice standards were inflexible.

“We wanted to see if we could predict the adoption of practices and which of these factors more strongly influenced the probability of a producer choosing to adopt a specific practice,” she said.

Out of those 30 factors, she said that these four variables were the most telling: gender, education, visits by Extension and visits by NRCS.

Her research showed that the female cattle ranchers surveyed were less likely to adopt practices, particularly ones having to do with planting, such as critical area planting, field borders or grassed waterways, than the male ranchers were. That finding supports the efforts of groups, such as the American Farmland Trust, who are working specifically with women to educate them on these practices and programs.

And although previous research had observed that the more educated a producer was, the more likely he or she was to adopt BMPs, Peterson’s research found the opposite. “Those without a bachelor’s degree or higher were more likely to adopt practices than those with a degree,” she said.

What Peterson said she gleaned from that finding is that informal learning opportunities potentially may be more important to encouraging adoption than formal learning.

This emphasizes just how significant even one visit per year with Extension can be in helping promote the adoption of conservation practices to protect water quality.

Although more than half of the respondents didn’t interact with AgriLife Extension in a typical year, when they did, the impact was noticeable, she said.

“When the producer had at least one contact with Extension during the year, Extension seemed to have a huge impact on increasing the probability of that landowner choosing to adopt a practice,” she said. “This emphasizes just how significant even one visit per year with Extension can be in helping promote the adoption of conservation practices to protect water quality.”

Dr. Allen Berthold, a research scientist for the Texas Water Resources Institute (TWRI), is a recent doctoral graduate in the Agricultural Leadership, Education and Communications Department at Texas A&M University. As part of his dissertation, he examined the barriers that Lower Rio Grande Valley farmers had to adopting sustainable practices.

Berthold said the barriers identified in his survey of Valley producers were similar to what other research has found: economics and lack of awareness and knowledge. The biggest economic barrier was that the initial costs of installing the BMPs is too high, followed by cost-share levels being too low and no funds were available.

Berthold said his research results showed consistency with five innovation components outlined in the literature: 1) relative advantage, meaning the new BMP will be better than what was before; 2) complexity, or is it easy to adopt; 3) compatibility, or does it fit my farm; 4) observability, or can you see it work and be successful; and 5) trialability, or can I try it before I implement in full.

Recommendations derived from his research were to better engage stakeholders through education programs and provide them with the information they may need to make decisions about BMPs. Such recommendations included delivering education programs that target producer interests, providing the specifics about practices so that it is clear what the requirements are, lowering cost-share requirements, assisting in funding maintenance costs, and increasing demonstrations about practices and displaying success.

Based on his research findings, Berthold said TWRI is seeking to try to break down the barriers. “We want to provide more technical and complete information on the different BMPs,” he said.

Kreuter said some commonalities exist within these studies. “I believe these three case studies showed that education is important but may not be enough for BMPs to be adopted by landowners or land managers,” he said.

“Interaction with experienced people — either agency personnel and/or other influential landowners who have adopted these BMPs — is critical to alleviate concerns about lack of knowledge and risk. And finally, informal learning opportunities through on-the-ground demonstrations and peer-to-peer engagement may be more effective for increasing the adoption of BMPs for good land management than formal education efforts.” 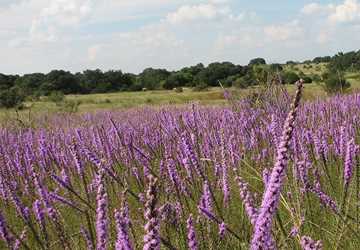 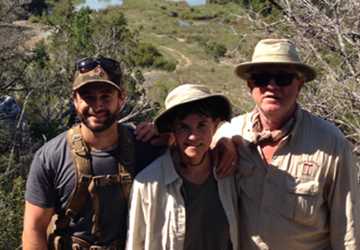 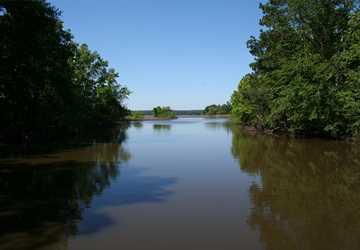 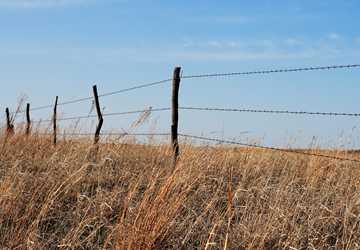 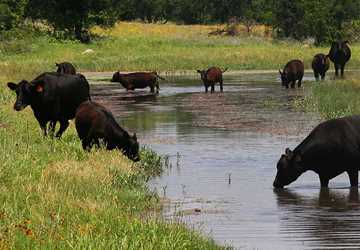 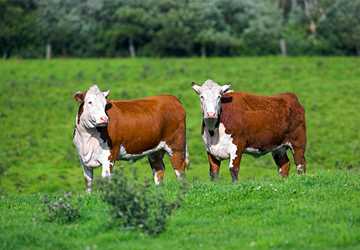 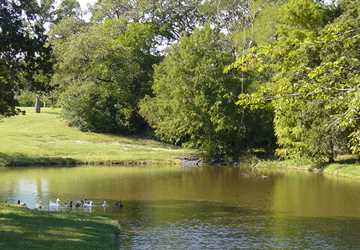 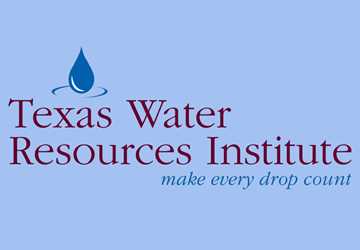